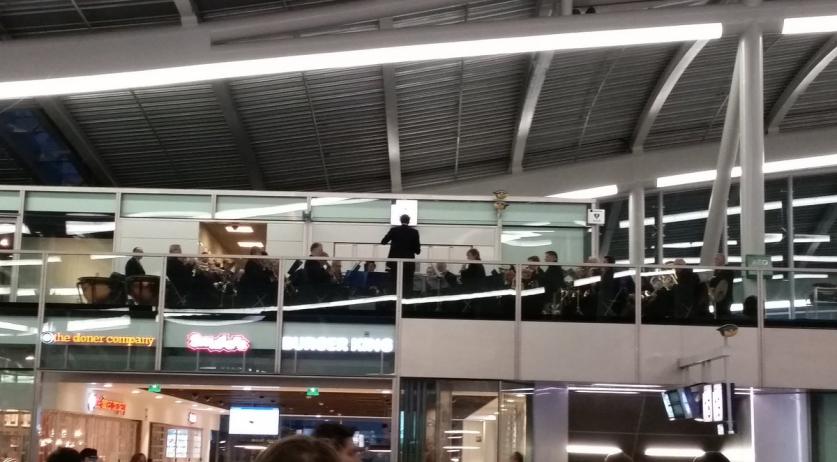 After years of renovations, the Utrecht Centraal train station finally opened today. And all travelers were invited to enjoy the day long celebration of the reopening, DUIC reports.

The festivities started at 6:30 a.m. with a lesson from yoga teacher Christa Schep. "Try to keep your breathing calm and constant", you could hear her saying from the balcony, over the rush of people trying to catch their train.

In addition to the yoga lesson on tha balcony, the NS Harmonieorkest played at the station throughout the morning. Other festivities included a pop up cinema, a poetry reading and a show in a surprise theater.