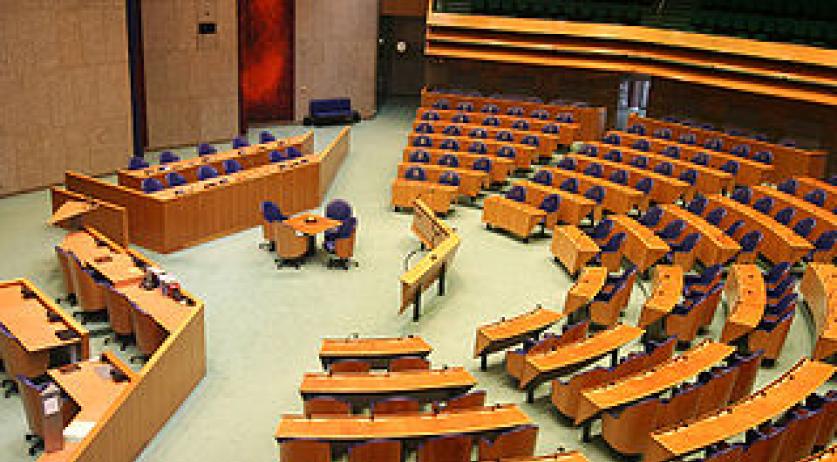 A majority in the Tweede Kamer, the lower house of Dutch parliament, voted against a proposal to ban foreign financing for Dutch political parties. The proposal was rejected by right-wing parties VVD, PVV and VNL and Christian parties CDA, ChristenUnie and SGP, NU.nl reports.

The proposal was made by parliamentary party DENK. The party wanted to prevent foreign movements having influence in Dutch politics through financing. But according to the VVD and CDA, a ban is going too far. "The ban is too absolute, because all Dutch nationals abroad then are no longer able to transfer money to Dutch political parties", VVD leader Halbe Zijlstra said. CDA leader Sybrand Buma stated that his party is sympathetic to the intent of the ban, but the ban itself is too rigorous.

DENK leader Tunahan Kuzu was shocked and outraged that his motion failed. According to him, donations from abroad re small and parties like the PvdA and D66, who have branches abroad, supported the ban. He accused the right-wing and Christian parties of continually putting DENK in a bad light and raising doubts about his and fellow DENK member Selcuk Ozturk's loyalty. Zijlstra called them the "long arm" of Turkish president Recep Tayyip Erdogan at one point. "But these parties won't vote for a motion that would enforce a ban on foreign influence", Kuzu said "If it involved a ban on funding from Turkey or Islamic countries, these parties certainly would have voted in favor."