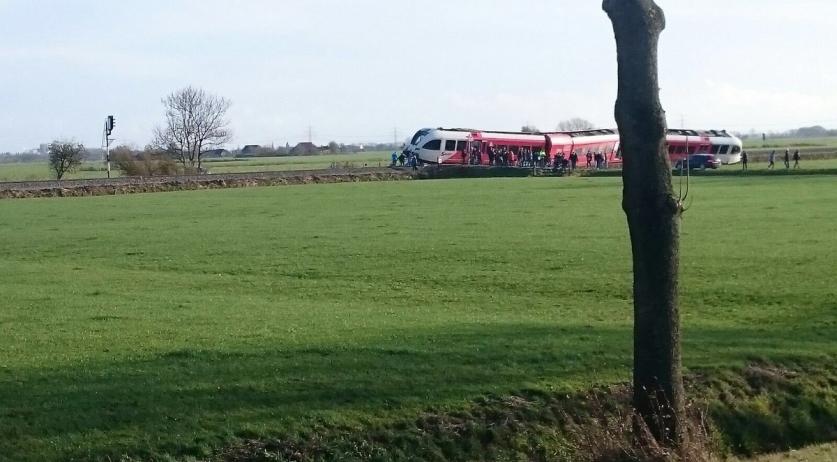 Several people were injured in a train accident near Winsum on Friday afternoon. An Arriva train partly derailed after crashing with a milk truck, according to the Groningen police and safety office on Twitter.

So far nothing is known about the exact number of injured people or the severity of their injuries. So far one wounded person was taken to hospital, according to the police. The truck driver escaped unharmed. All passengers were removed from the train.

According to the police, the truck came from a nearby farm. It ended up in a ditch after the crash. The circumstances surrounding the accident is still unclear.

Various forms of emergency services are at the scene, including the police, fire department, ambulances and a police helicopter. The situation was scaled up to a Grip 2. A Grip 2 is called when the situation around an incident is both complicated and serious and call for measures to be taken both in and outside the accident area. Various forms of emergency services work together. An incident command post is set up with an operational team. One person is appointed operational leader.

According to the safety office Veiligheidsregio Groningen, unharmed train passengers are being sheltered by a nearby farm. Passengers with minor injuries are being treated at the Winsum fire department.

The accident brought train traffic in the area to a complete halt. It is unclear when it will start up again.