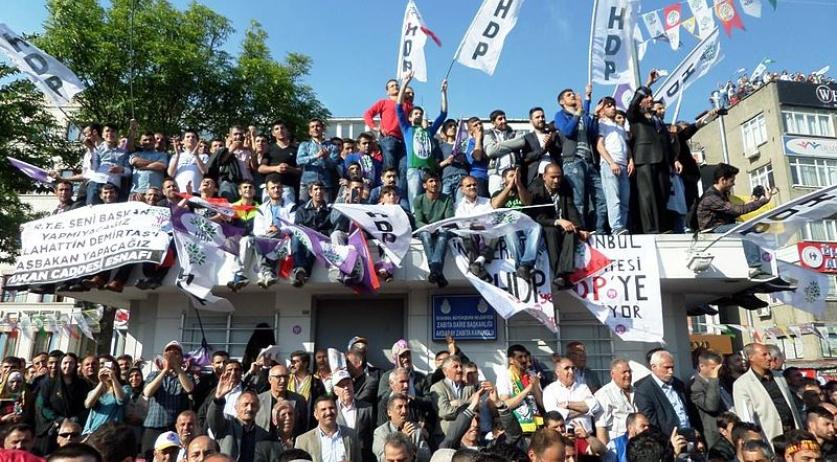 Kurdish protest in The Hague over arrests in Turkey

A group of Kurdish people got together in The Hague during the early hours of Friday morning to protest against the arrest of two chairmen of the Turkis pro-Kurdish party HDP and nine other parliamentarians of the same party. It is unlcear how many people took part in the demonstration in the center of the Hague, but according to the police, there were no incidents, ANP reports.

The arrested parliamentarians and chairmen are accused of "refusing to make a statement on crimes related to terrorist propaanda", according to Reuters. The Turkish Ministry of Home Affairs confirmed that a total of 11 HDP members were arrested, and arrest warrants were issued for another two that are currently not in Turkey.

The Turkish police raided the homes of the two party chairmen in Ankara and Diyarbakir, as well as the HDP headquarters in Ankara.

Te Dutch Board of Communities in Kurdistan immediately expressed their concerns about these arrests and called on supporters in The Hague to make their voices heard against the policies of president Recep Tayyip Erdogan.