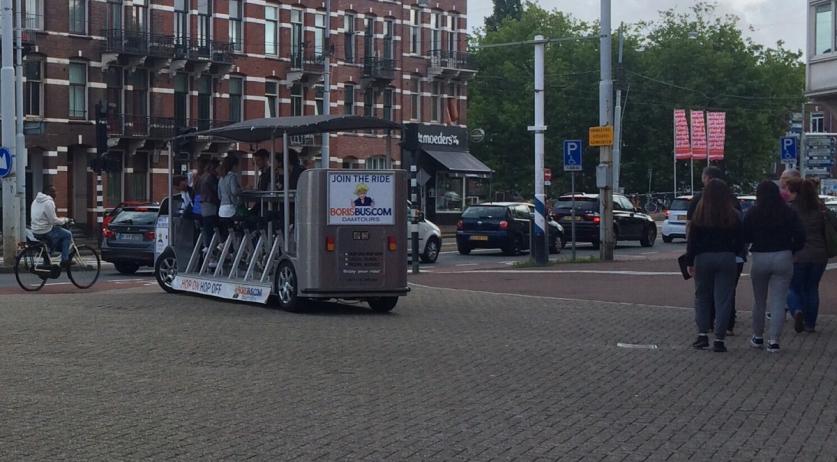 Beer bikes banned from most of Amsterdam city center

As of January 1st beer bikes are no longer welcome in large parts of Amsterdam city center. The municipality decided they cause too much trouble, according to Het Parool. Beer bikes will be banned from Haarlemmerbuurt and the canal belt, where most of the complaints come from. The municipality is concerned that this will only mean that the troubles will shift to other places. This popular tourist pass time will therefore also be banned from the area around the railway statioon, the Red Light District and the Jordaan district. Vondelpark, De Pijk and Amsterdam-West also asked for a beer bike ban. But Mayor Eberhard van der Laan decided it is too soon for that.