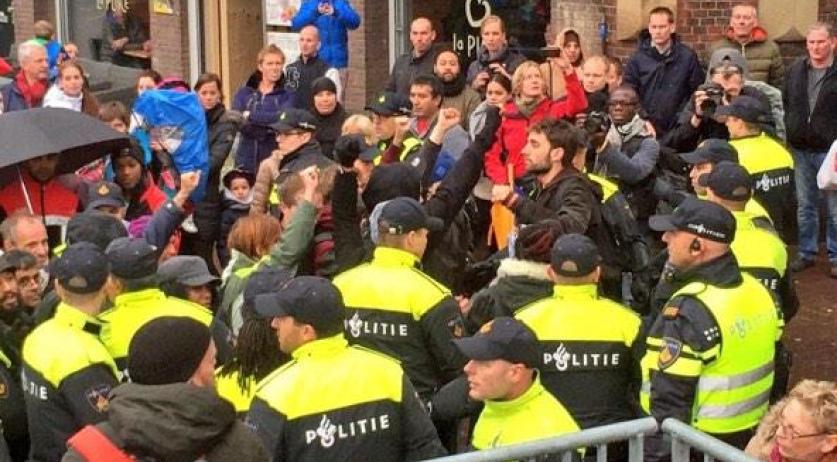 The Public Prosecutor demanded a fine of 1,500 euros against Jeffrey Affriyie for violently resisting arrest during a protest at Sinterklaas' national arrival in Gouda two years ago. The Prosecutor also wants Affriyie to pay 1,250 euros in compensation to a police officer who was injured, the Gelderlander reports. According to the prosecutor ,the anti-Zwarte Piet activist violently resisted arrest and injured at least one police officer by pinching him hard in the leg. Affriyie had no permission for the protest and refused to leave when instructed, the prosecutor said. Afriyie himself denies assaulting a police officer and claims that too much violence was used against him in the arrest. "I was just there to express my displeasure. Every black Dutchman knows not to provoke police officers. I still have problems with my backs. Scars from the handcuffs. I did not think I'd be treated like that. I lost my innocence", he said in court, according to the newspaper. A total of 90 people were arrested during Sinterklaas' arrival in Gouda on November 15th, 2014. Arrests were made in both the anti-Zwarte Piet group and the pro-Zwarte Piet group. The opponents wanted to demonstrate against what they believe is a racist figure, but the authorization was withdrawn two days before Siinterklaas' arrival. the demonstrators still showed up, but was eventually removed by the police.