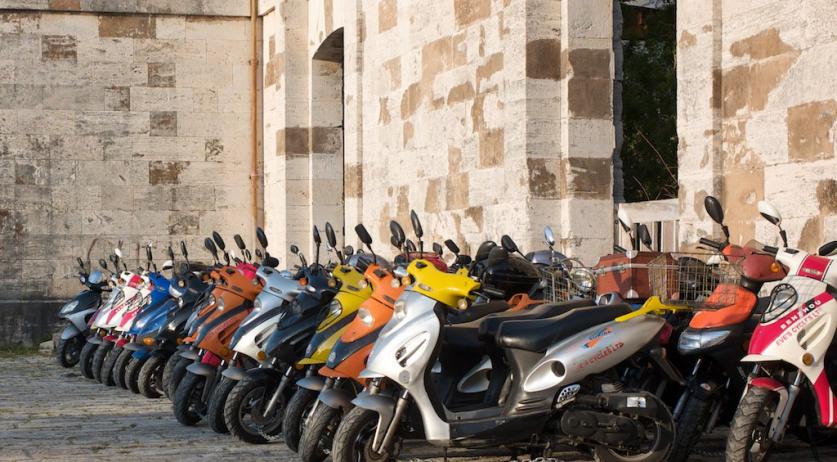 The Amsterdam faction of the D66 wants to ban scooters with a maximum speed of 25 kilometers per hour, so-called "snorfietsen" in the Netherlands, completely, D66 councilor in Amsterdam Jan-Bert Vroege said in an interview with Het Parool.  According to Vroege, these scooters puts road safety at risk - there are many accidents and they are "structurally speeding", he said to the newspaper. "It started as a means of transport for Zeeland girls who could not wear a helmet due to their clothing, but it's gotten out of hand. Speed measurements show that the vast majority of scooters are boosted and sometimes speed across the bike paths at twice the allowed speed. That is simply dangerous and something should be done about it." The D66 feels that banning that class of scooter completely is the best solution. Amsterdam's attempts to have mandatory helmets for them, is taking too long. According to Vroege, those who really don't want to cycle all by their own power, can exchange their scooter for an electric bike. "On behalf of the Amsterdam faction and the Noord-Holland faction of the D66, I will propose the scooter ban be taken up in the national election program at the national congress of the party late October in the RAI. The Netherlands is one of few countries in Europe where motorized traffic without a helmet is permitted." Vroege said.