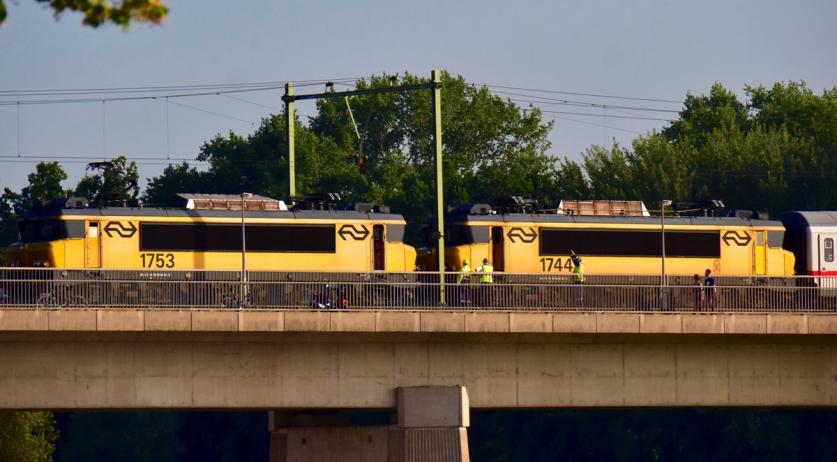 The Gelderland police are looking for the "hero" who "possibly prevented much suffering" by pulling the emergency brake on an international train after it crashed into a car near Twello on Wednesday. The driver of the car was seriously injured, but the about 400 train passengers remained unharmed. The accident happened at a railway crossing on Stationstraat in Twello. The 34-year-old driver could not get off the tracks on time and the train hit his car, damaging the train's braking system. According to the police, one of the passengers pulled the train's emergency brake and prevented potentially serious consequences for the passengers and train workers by bringing the train to a halt. The seriously injured driver was rushed to the hospital by ambulance. The train came to a stop on a railway bridge in Deventer. The passengers and crew were unharmed, but had to wait about an hour and a half for a special evacuation train to take them to the next station. The police are looking for the hero, to thank him or her for taking quick action. And also because this person may have witnessed the accident. The chief conductor of the international train told newspaper AD that the police are premature with their emergency brake-hero claim. According to him, the train stopped automatically because the braking system was damaged - something that's programmed into the train's security system. According to NS, both the police and conductor are jumping the gun with their conclusions, because the investigation is still ongoing. The accident naturally brought train traffic between Deventer and Apeldoorn to a halt for several hours. The rail was open again around 9:30 p.m., NS said on Twitter, though travelers still had to account for longer travel time. https://twitter.com/Usque_Baugh/status/771205456173740032