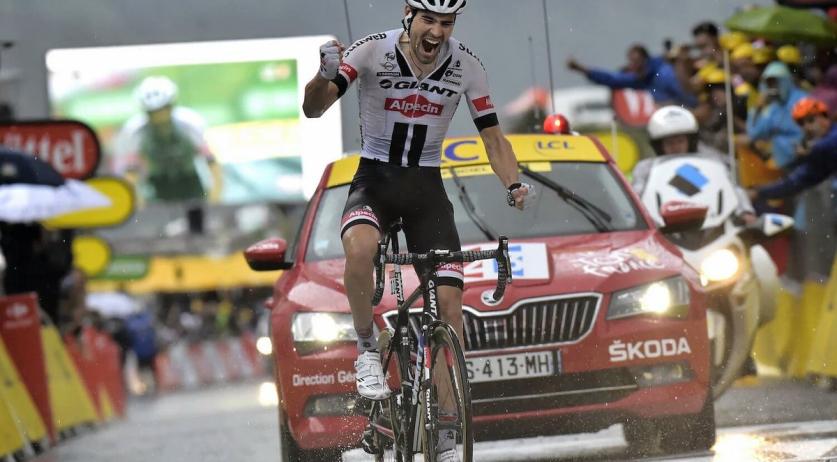 Dutch cyclist Tom Dumoulin won silver in a 54.6 kilometer time trial in the Olympic Games in Rio de Janeiro on Wednesday. First place went to Swiss Fabian Cencellara, NU.nl reports. Cancellara clocked in at 1.12.15,42, Dumoulin took second place at 1.13.02,83 and bronze went to triple Tour winner Chris Froom at a time of 1.13.17,54. Dumoulin  saw his preparation for the race disrupted by a fall in the Tour de France in which he broke a bone in his left wrist. He was the only Dutch man to compete after Wout Poels hd to step out due to an arm injury. The 25-year-old Limburg man is finding it hard not to be somewhat disappointed with silver, though he realizes second place is a great achievement. "Everyone is telling me: show us a smile. But I can't simply magic one into being because gold was always the goal", he said. "Deep down I know I should be proud. And tomorrow I will be. After stressful weeks I worked hard to be good here. I was not great, but good."

I was maybe hoping for a different color, but this thing is still getting a special place at home! :) pic.twitter.com/3KFgQhpTCD