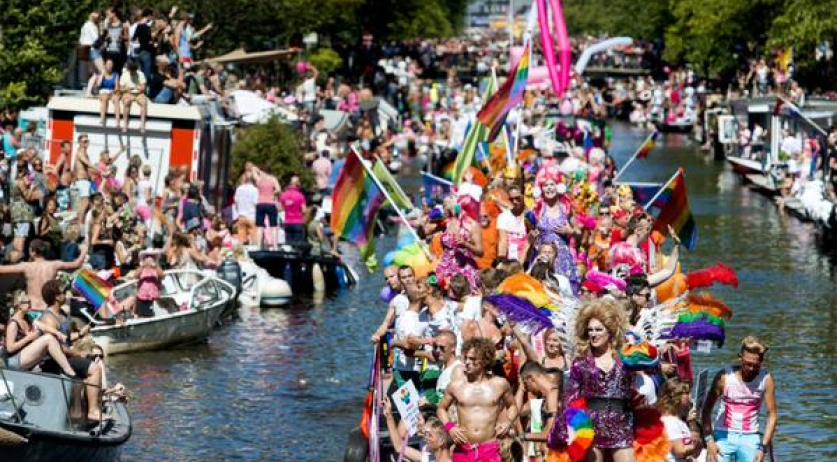 Extra police at EuroPride Canal Parade; though no concrete threat

There will be a "substantially" bigger police presence during the EuroPride Canal Parade through the Amsterdam canals on Saturday. Though a spokesperson for Mayor Eberhard van der Laan emphasizes that there is no specific threat against the event itself, Het Parool reports. The spokesperson points to the fact that since 2013 the Netherlands is working on a terrorism threat level of substantial. "Since then there have been all kinds of visible and invisible measures appropriate to the threat level", he said to the newspaper. "Recent attacks abroad highlight the reality that all major cities in Europe have to deal with at this time. Therefore, as in the rest of the Netherlands, there is extra vigilance, also when it comes to events. This naturally also applies to EuroPride." Other extra measures for the Canal Parade include additional special forces in the city ready to act quickly and decisively if necessary. A number of traffic measures will make sure that the city remains accessible for emergency services - for example no cars will be allowed along the route of the Canal Parade all of Saturday. The triangle of Mayor, Prosecutor and Police is in close contact with the EuroPride organizer to ensure that all events within the festival happen safely.