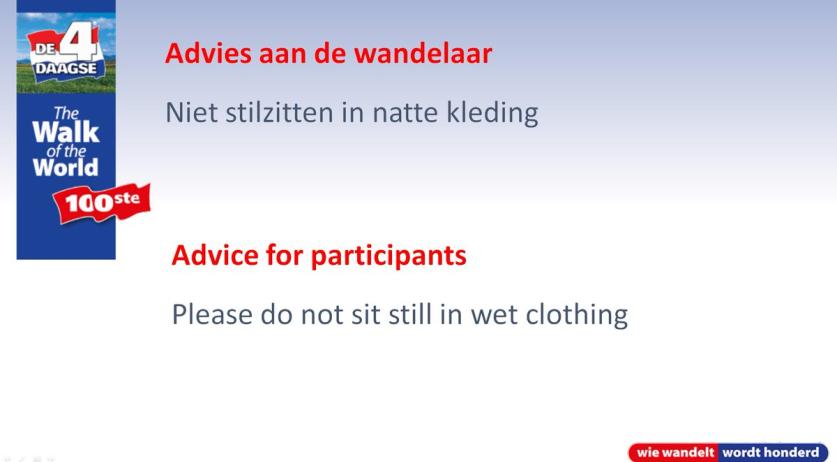 The rain, thunderstorms, hails and strong winds expected in the Netherlands for the coming hours, caught the Vierdaagse organizers completely off guard. Vierdaagse weatherman Jules Geirnaerdt did not see it coming, a spokesperson for the organizers said to De Stentor. "That can happen." In an emergency meeting this morning, the Vierdaagse weather team decided to tell marchers via the Vierdaagse app and at stops along the route not to take a break if their clothes are wet. That increases the chance of getting hypothermia -  a complete opposite to the heat exhaustion and overheating that posed a problem over the past days.  Many participants were better prepared and can be seen marching along in their raincoats. This is the last day of the four-day long marches, which started in Nijmegen on Tuesday. The final day of marching crosses Grave, Cuijk, Overasselt and Malden. The weather for this afternoon is expected to be dryer with maximum temperatures at around 24 degrees.