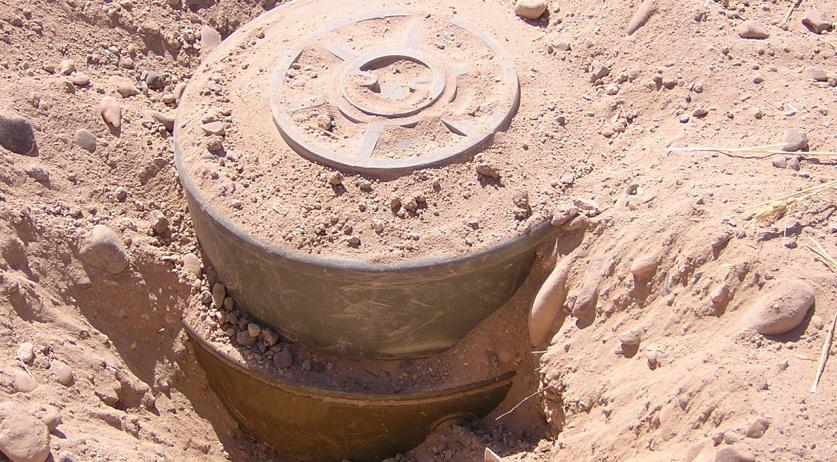 The Netherlands made 45 million euros available for cleaning up landmines in former conflict areas, the Ministry of Foreign Affairs announced on Wednesday. The Ministry is investing the money in three demining projects operating in a total of 13 countries.  Landmines kill about 10 people a day and hinder the rebuilding of society sometimes years after a conflict is over. According to the Ministry, the Netherlands is one of the largest donors when it comes to demining and aims to eradicated landmines within 10 years. This is a shared priority of Minister Bert Koenders of Foreign Affairs and Minister Lilianne Ploumen of Foreign Trade and Development Cooperation. "The devastating effect of landmines continues long after the end of hostilities", Minister Ploumen said about the matter. "Aid workers can not get to where they are needed, refugees cannot return home, farmers can't work their land. For lasting peace and stability, these monstrosities have to be destroyed." The three new demining projects the Netherlands is investing in, focus on investigating and clearing landmine fields, dismantling and destroying landmines, aiding victims and their families and providing information on the subject. These projects operate in Afghanistan, Colombia, Democratic Republic of the Congo, Iraq, Lebanon, Libya, the Palestinian Territories, Mali, Somalia, Syria, South Sudan, Kosovo and Ukraine. Over the past four years the Netherlands helped clean up mines from nearly 52 million square meters of land and educated 2 million people about the danger of landmines. Over 5 thousand families were given victim-aid, 114 ambulances were purchased and 425 nurses were trained in caring for victims of landmines.