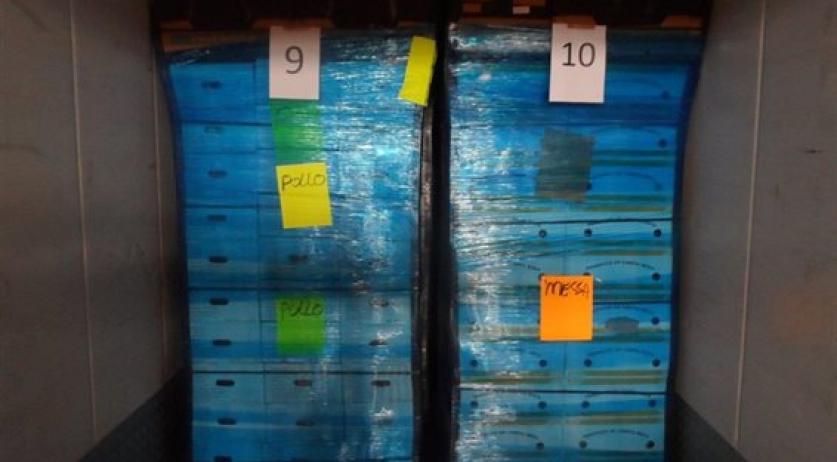 Customs officers in Rotterdam found some 4 thousand kilograms of cocaine hidden in a pineapple container on June 1st. According to the Public Prosecutor, this is one of the largest cocaine catches ever in the port of Rotterdam. The cocaine was imported from Costa Rica and arrived in Rotterdam on the same day. The Customs officers discovered the drugs during a routine check. A total of about 3,780 packages with a gross weight of 4,252 kilograms were hidden in between the pallets of fruit. The container was intended for a company in Westland, but would eventually end up in a storage and transshipment company in Barendrecht, according to the Prosecutor. The HARC-team - a joint venture between Customs ,FIOD and the Seaport Police - is investigating the smuggling. No arrests were made so far.