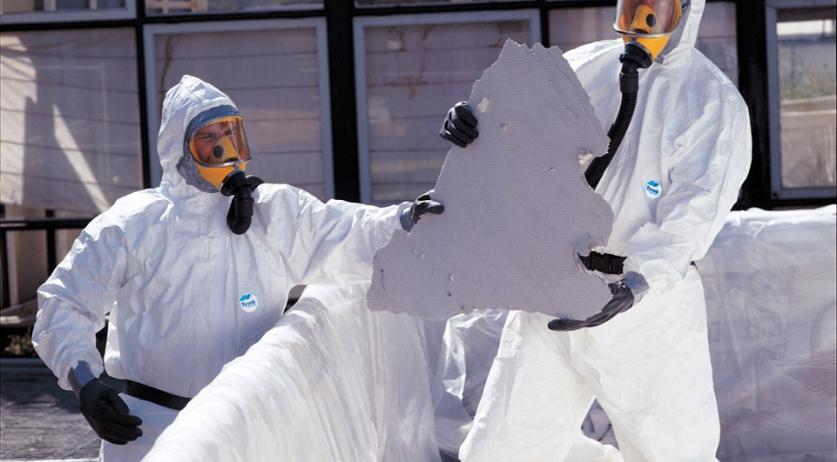 The discovery of asbestos often leads to unnecessary panic, emotional reactions, evacuations and large scale cleaning operations, according a pamphlet titled Let's finally be normal about asbestos, the Volkskrant reports.  The pamphlet was composed by, among others, the mayor of Alkmaar, two CEO's of housing associations Mitros and Talis and Ira Helsloot, Nijmegen professor of Management and Safety. According to them, the panic surrounding asbestos discovery is way more than the usually minimal health risks merit. They do not deny that inhaling asbestos can cause lung cancer. "But most of the asbestos in buildings are in places that are not connected to the air", Helsloot said. "Even if some of the material comes loose and you breathe it in, for example after a fire nearby, the risk is relatively small." He compares it to the danger of passive smoking in a bar. "It only becomes hazardous to your health if you do it day in day out." It's been illegal to use asbestos when building in the Netherlands since 1994. From 2024 it will be illegal in the Netherlands to have asbestos in roofs. Property owners can be fined to enforce the removal thereof. The professor calls this "complete madness", adding that removing asbestos creates a "false sense of security". But responsible State Secretary Sharon Dijksma of Infrastructure and Environment stands behind the ban. "It is evident that asbestos particles can be harmful to your health if you come in contact with it. The asbestos regulations are intended to reduce the risks of exposure", she said to the newspaper. She added that by the time the ban on having asbestos in roofs takes effect in 2024, the youngest asbestos roof will be 30 years old. "Then asbestos particles can be released by the influence of weather and wind."