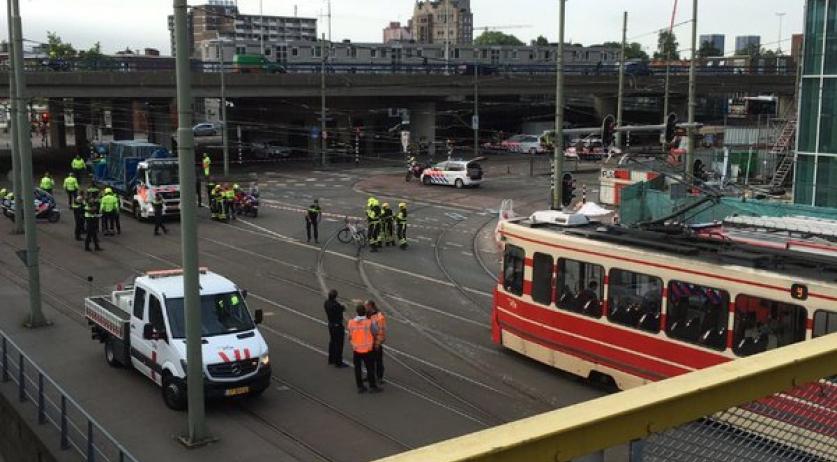 A pedestrian was killed by falling scaffolding in the center of The Hague on Thursday morning. The scaffolding fell from the former Ministry of Housing building, which is being renovated and hit the pedestrian who was walking past the building on Rijnstraat. According to broadcaster NOS, the accident happened around 7:30 a.m. Construction workers were hoisting parts of scaffolding when part of it came lose and tumbled to the ground. It hit another scaffold, which fell apart and also went down. The police report that the victim was hit by several pieces and died instantly. Workmen at the scene told AD that the victim is a woman. Victim aid is present at the scene to offer assistance to the large number of witnesses. The workers involved are gathered in an office of transport company HTM. There they are given some time to pull themselves together and give a statement on what happened. The rest of the construction workers were sent home.