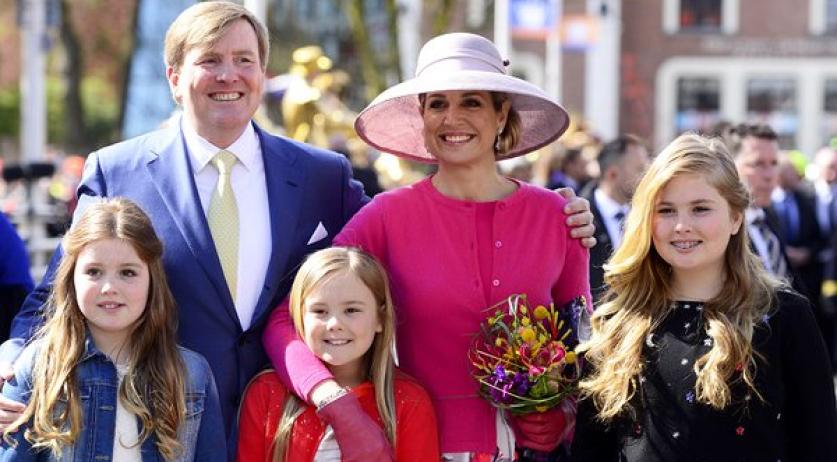 Dutch princesses Amalia, Alexia and Ariane gave their first ever televised interview during the King's Day festivities in Zwolle on Wednesday. To the question of whether the ladies are enjoying themselves, youngest Princess Ariane responded with a very definite "Yes!". The three princesses spoke to a NOS journalist when their parents stopped to comment on the festivities. When asked what she liked the most, Ariane went with "Eehm, everything!". For Alexia the "parade was actually the most fun". The journalist noted that it was nice that she was able to attend the festivities, given that she injured her leg during holiday in February and had to spend a few days in an Austrian hospital. "Yes well, it was a huge blow, but I made a full recovery", Alexia responded. Amalia agreed with her father that it is nice that the "sun shines a little". As to what she enjoyed the most, the oldest princess was more diplomatic. "I can't judge that yet, because I haven't seen everything", she said.