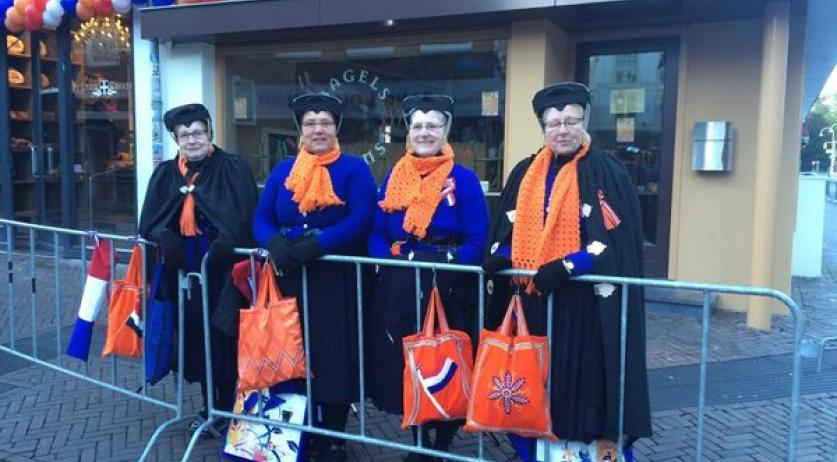 King Willem-Alexander and a number of other royal guests are celebrating his 49th birthday in the city of Zwolle this year. The royal family will be greeted by Mayor Henk Jan Meijer and Commissioner of the King Ank Bijleveld-Schouten on the Nieuwe Haven bridge at 11:00 a.m. The royal family's visit to Zwolle will be somewhat shorter than the visit to Dordrecht last year. The program includes four main points, each with its own theme, including culture, sport and a large parade. As the roads between the points are expected to be very crowded, Zwolle residents and visitors can also watch the proceedings and the Royal visit live from the Pathe De Kroon cinema. King Willem-Alexander, Queen Maxima and their three daughters, Amalia, Ariane and Alexia, are all expected to attend the festivities. Though there is some doubts about whether princess Alexia will be able to make it, given that she broke her leg in a skiing accident while on holiday in February. The Royal Visit will start with a greeting on the Nieuwe Haven bridge at 11:00 a.m. The royal family will then wander through a cultural-history exhibition on Blijmarkt, presented by author Rhijvnis Feith, statesman Johan Rudolph Thorbecke and musician and artist Herman Brood. Between 11:20 and 12:05 the royals will watch a large parade on the Grote Markt. That will be followed by a sports presentation on the Rodetorenplein and a boat trip through the Thorbeckegracht canal. The royal family will end the visit with a closing party on the Broerenkerk square, starting at 12:45 p.m. The entire city center will be closed to traffic between 8:00 a.m. and 2:00 p.m. The full program, including other parties and flea markets in Zwolle can be seen on the municipality's website here.