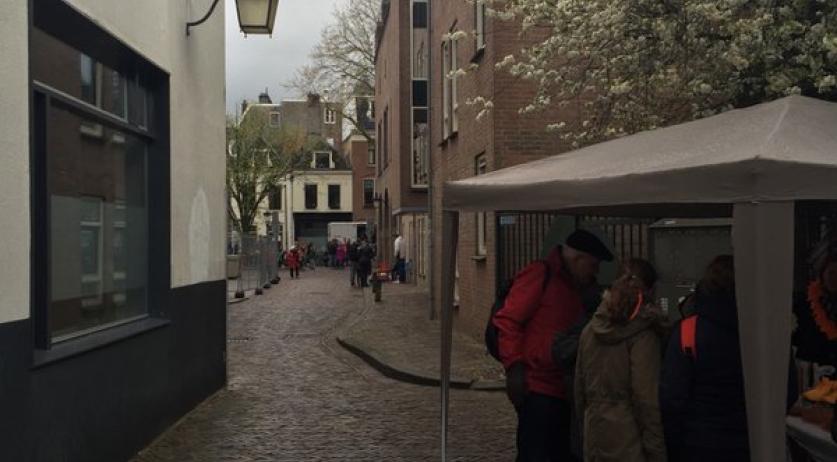 Utrecht kicked off the King's Day festivities with its annual King's Night flea market, which started at 6:00 p.m. on Tuesday night. Many Utrecht residents decided to brave the horrible weather and despite the rain and cold, the market was quite busy. A spokesperson for the municipality told broadcaster NOS that the market was definitely quieter than usual, but that many people crossed its floor during the curse of the night. "Last year we had to close certain squares and passages in some places because of the crowds, but this year it is not an issue." The market is open until 6:00 p.m. on Wednesday. There is also a special market for kids, where only they are allowed to sell things. According to the broadcaster, there is a remarkable number of vinyl records on sale at the market this year and numerous people walked around with newly bought David Bowie and Prince vinyls.