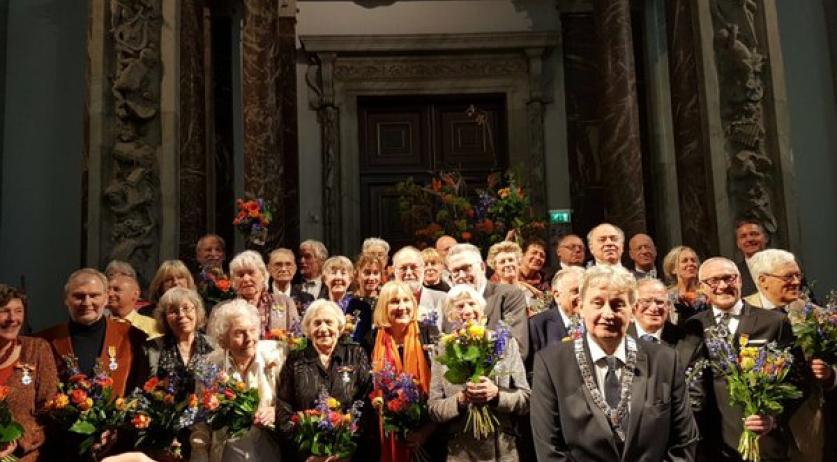 MH17 researcher among 2,755 to receive royal honor this year

Ron Smits, technical adviser for the Dutch Safety Board, was one of 2,755 people in the Netherlands to receive a Royal honor on Tuesday. Smits was honored for his "vital contribution" to the investigation into the downing of flight MH17. According to a press statement released by the Ministry of Home Affairs, Smits "made it possible for the main wreckage (of the plane, ed) to be collected and transported to the Netherlands for investigation and reconstruction. He took the initiative to organize the storage and held initial discussions with those involved in eastern Ukraine in a war zone, under extraordinarily difficult circumstances." Every year on the occasion of the King's birthday, people in the Netherlands are rewarded for their special contribution to Dutch society. The oldest person to get a medal this year is 97-year-old Mrs. Woelinga-Rodbard from Uithoorn, according to NOS. She's been working as a volunteer in the field of development, empowerment and justice since 1965. The youngest person to get a medal is 36 year old Carlijn Willemstijn from The Hague - awarded for her work for the Dutch Ostomy Association. By province the most medals were handed out in Zuid-Holland with 506 recipients, followed by Noord-Brabant with 496 and Noord-Holland with 394. Per municipality, most medals were handed out in Rotterdam with 56, followed by Amsterdam with 41 recipients. Most of those awarded a medal was honored for volunteer work. Only 141 people were honored for work in a paid position. Fewer medals were awarded this year than in the previous two years. Last year 2,838 people received a medal and in 2014 there were 3,155.