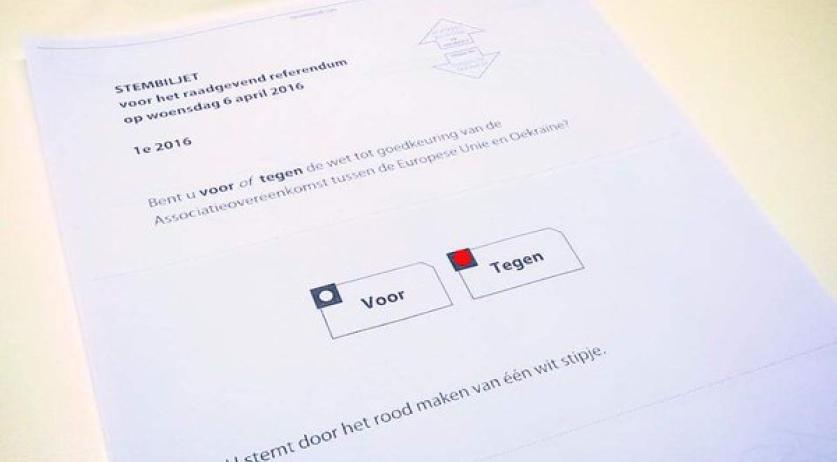 The official results of the referendum on the association agreement between the EU and Ukraine will be published on Tuesday afternoon, starting at 4:00 p.m. Six members of the Electoral Council will present the results in a public meeting, as the law prescribes, according to the Telegraaf. This includes results on the turnout, yes votes, no votes, blank votes and invalid votes. The forecasts immediately after the referendum, held on April 6th, indicated a 30 percent voter turnout with the majority voting "no".