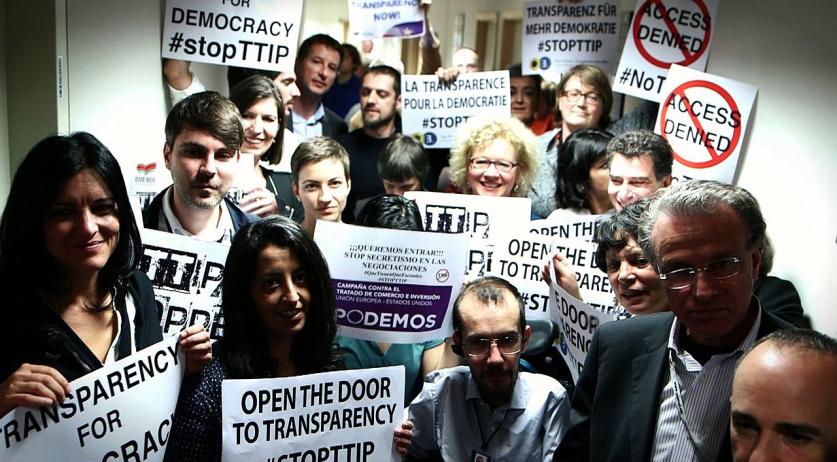 Inspired by the no-camp's success in the Ukraine referendum, opponents of the US-EU trade deal TTIP and the Canadian version CETA are now also trying to get a referendum vote on this issue. An online petition for a TTIP Referendum already has more than 75 thousand signatures. A total of 600 thousand signatures are needed for a referendum. The petition was launched by organizations Meer Democratie, Mileudefense (the Dutch Friends of the Earth), foodwatch and the Transnational Institute, according to Het Parool. The European Parliament is still negotiating on the TTIP trade deal. Negotiations on CETA are already completed and will be presented to the EU Member States next year.