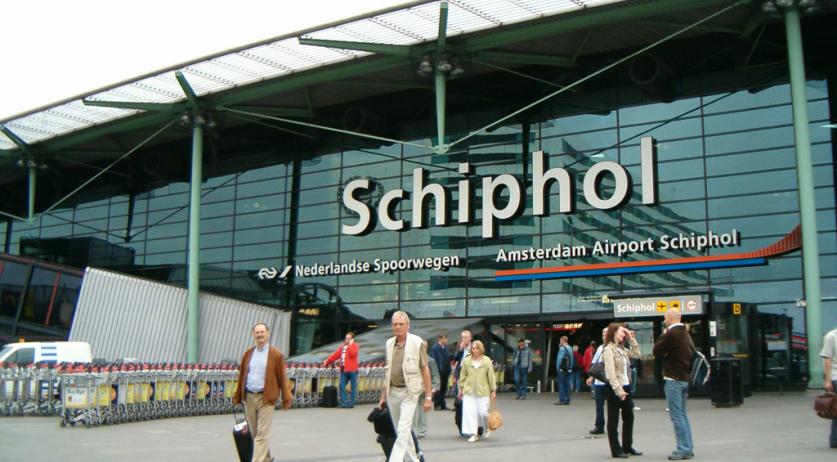 A massive 58.2 million passengers traveled through Schiphol Airport in Amsterdam last year, an increase of 6 percent compared to 2014. The number of aircraft movements increased by 2.8 percent to 450,697, the airport announced along with its annual figures on Friday. The number of direct destinations from Schiphol amounted to 322 last year, including 134 intercontinental destinations. A total of 109 airlines fly to and from Schiphol from 95 countries. Schiphol's net turnover decreased by 1.0 percent, due to the 6.8 percent decline in airport charges which took effect on April 1st last year. According to the airport, this effect was almost entirely offset by the increase in traffic and transport. The net results amounted to 374 million euros last year, compared to 272 million euros in 2014. three factors contributed to the large increase - firstly a revaluation of the airport's real estate added 67 million euros, the airport made 50 million euros by selling a stake in Schiphol Airport Retail and the results includes an item of around 55 million euros, which will be settled in port dues by April 1st next year. "The network and the destinations of the airlines make Schiphol one of the most important hubs in Europe", said Schiphol Group CEO Jos Nijhuis. "The number of passengers is growing strongly and we want to continue to accommodate and facilitate that. We are fast approaching the limits of our peak capacity. Investments in strengthening, upgrading and expansion of our infrastructure, quality and accessibility are desperately needed. Thanks to our financial strength, we can adequately respond to international competition and we can keep the port charges at a competitive lever."