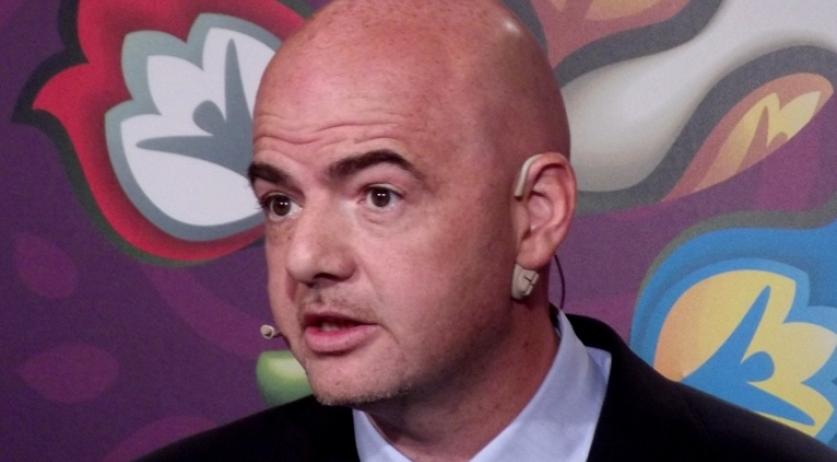 Dutch football association KNVB will cast its vote for Gianni Infantino to become the next president of international football governing body FIFA. Infantino, 45, is the current General Secretary of UEFA, which oversees the sport in Europe. FIFA’s 209 member associations will vote for a new leader to replace Sepp Blatter, who resigned in disgrace after a string of scandals. The vote will take place on February 26, but Infantino has won little public support in Asia and Africa with 100 nations expected to vote for Asian Football Confederation president Sheikh Salman Bin Ebrahim al-Khalifa. Though a front-runner, the Bahrani is fending off accusations of involvement in identifying athletes who were part of a pro-democracy movement, many of whom were detained and tortured. “Infantino has good ideas about the way in which FIFA may be managed. He is a strong supporter of reform,” explained KNVB chairman Michael van Praag in a press conference on Monday. Infantino supports term limits of FIFA board members, and is also seen as a “no nonsense” leader, Van Praag told broadcaster NOS. With regard to the game, he is also forward-thinking. He has pledged support for video replay, and creating new innovations to assist match referees. The Dutch football association has also announced its support of video replay, with plans to use the technology as soon as next season’s KNVB Cup. The KNVB would use replays in 25 cup matches, if approved in international football board meetings to be held in February and March. Infantino was born in Italy, and also has Swiss nationality, according to his UEFA biography. The lawyer joined the organization over 15 years ago, after advising Italian, Spanish and Swiss football leagues. "Throughout my time in football I have always worked hard to serve the best interests of our great game and to support the principles of good governance and genuine integrity,” he said when he announced his intention to run for FIFA leadership last October. "If elected I would lead that change in partnership with all who want to see a FIFA worthy of governing the world's number one sport with dignity and respect.”