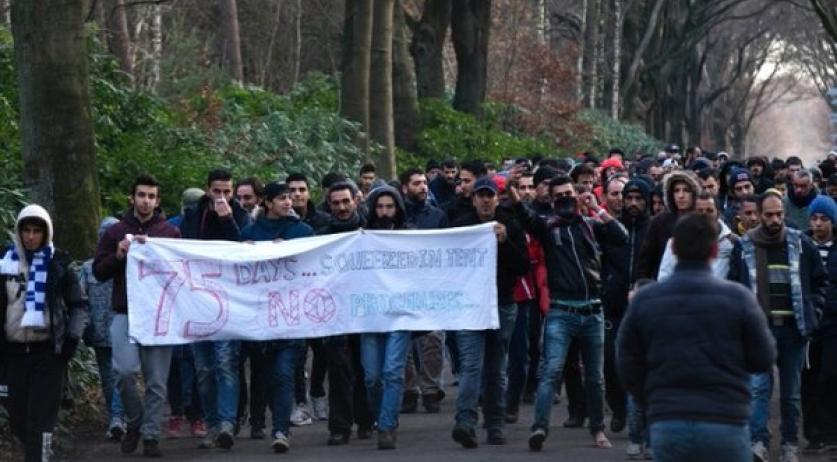 Hundreds of asylum seekers are expected to march from the Heumensoord asylum camp to the Nijmegen town hall on Monday to express their discontent about conditions in the tent camp, Dutch newspaper AD reports. "We have been here for five months already and the only thing we can do is sit, eat and sleep", Syrian Ahmed Mohamad, initiator of the protest, said to the newspaper. "We know nothing, have no pocket money. It's really inhumane to live like this in a tent for so long." Discontent and unrest about the conditions in the camp reached a peak last week. The reason for this is twofold. Firstly the National Ombudsman and Board for the Protection of Human Rights released a critical report on the living conditions in the camp. Secondly State Secretary Klaas Dijkhoff of Security and Justice announced that the asylum procedure may take up to 15 months. The maximum waiting time used to be six months.