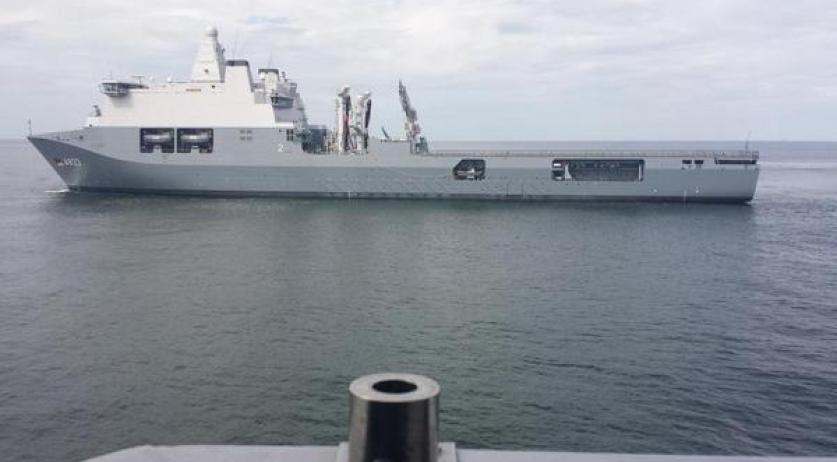 NATO will help Greece and Turkey to tackle human traffickers on the Aegean Sea and in so doing curb the flow of asylum seekers. And the Netherlands is offering a frigate to support this action. "We will deliver", Minister Jeanine Hennis-Plasschaert of Defense said, adding that a ship will be made available in the short term. "The Netherlands finds it important that the migration crisis is solved. The NATO mission is an effective tool that finally offers a view of a solution to this crisis", Hennis said. She expects that the Dutch ship Karel Doorman will go to support the Turkish and Greek coast guard, according to RTL Nieuws. On Thursday the Standing NATO Maritime Group Two were ordered to take the five ships in the eastern Mediterranean near Cyprusy and move them to the Greek-Turkish waters immediately, the Volkskrant reports. The decision for NATO support was made very quickly. Germany and Turkey came up with the plan on Monday. By Wednesday Greece joined up. And on Thursday NATO took over.