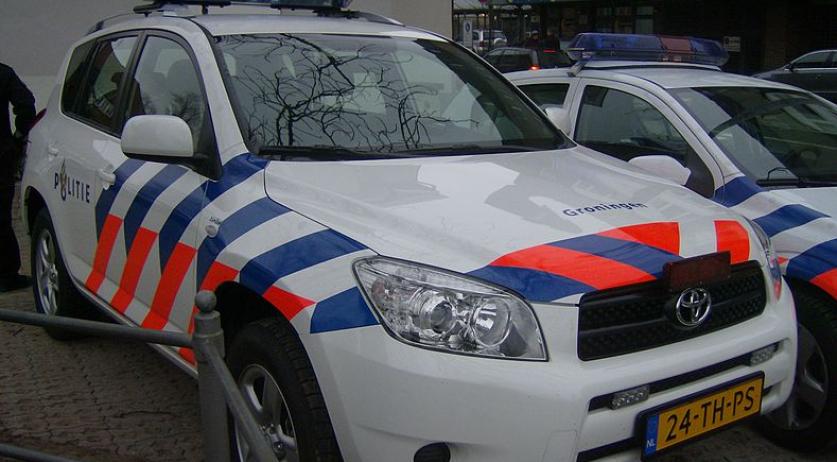 A police car caught fire on Willem de Zwijgerstraat in Veen early on Friday morning while officers were inside a Syrian refugee's home investigating a brick thrown through the bathroom window.  The police responded to the home at around 2:30 a.m. The officers were inside speaking with the residents when they heard a strange noise and saw their police car on fire. Despite the fire brigade's efforts, the car was completely destroyed. It was towed away for investigation. Another car was also damaged by the fire. "There are two scenarios", a police spokesperson said to the broadcaster. "Either it was arson or a technical defect. It may all be a coincidence." The police are investigating both the possible arson and the vandalism committed at the Syrian man's home. So far it is unclear whether the car fire and brick are connected. According to the broadcaster, the Syrian refugees living in the home are often the victims of vandalism. "About three months ago, their car was sprayed with blue paint. He was very shocked", a neighbor said. "I'm so sorry for the man. He is very friendly and really would not hurt a fly. I'm shocked by this news." The refugee has been living in the house for more than a year.