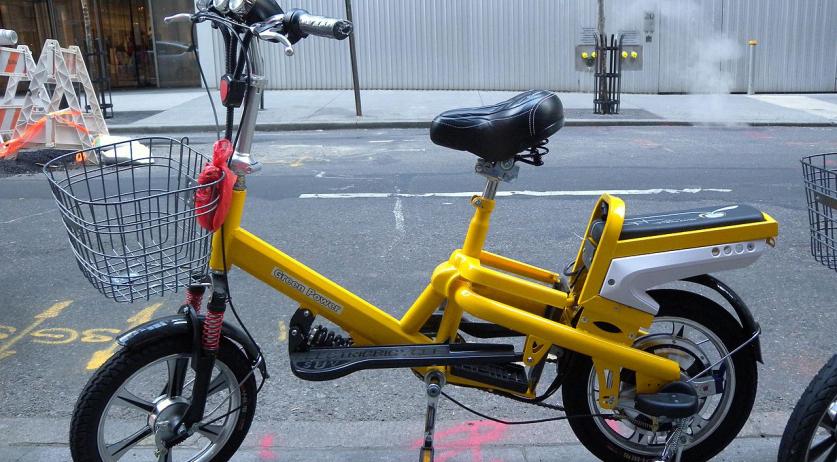 Theft of e-bikes skyrockets as organized gangs hone in

The police and insurers noticed a dramatic increase in the number of stolen electric bicycles in 2015. The parties will be paying extra attention to tackling this crime in the coming year. This includes the police deploying more bait bicycles to track down gangs and professional thieves, NOS reports. The police believe that electric bikes are especially popular with organized gangs. In October 200 e-bikes were stolen from a company in IJsselstein. And the police also sometimes encounter vans carrying dozens of stolen bikes, according to the broadcaster. There are no exact figures on the number of stolen e-bikes as the police do not differentiate between regular bicycles and electric bicycles when filing a report on bike theft. It is estimated that some 25 thousand e-bikes were stolen last year, a record number. There are currently about 1.5 million e-bikes in the Netherlands. A number of insurers noticed the increase. "We paid out 20 percent more after the theft of e-bikes. In 2015 the number of e-bike thefts was really extreme. We saw a significant increase", Douwe Boeijenga, director of bicycle insurer ENRA, said to NOS. Unigarant, the ANWB insurance company, also confirmed that there was a significant increase. The three biggest bike insurers lost at least 10.5 million euros in compensated damages over the past year. A new e-bike easily costs between 1,500 and 2,500 euros. The increasing number of e-bike thefts can at least partly be attributed to the increasing number of e-bikes in the Netherlands. The police and insurers are therefore intensifying their approach to e-bike thefts. In the coming period they will map the places where e-bike thefts are most common. The police will also deploy more electric "bait bikes" and track them for longer to see where they end up.