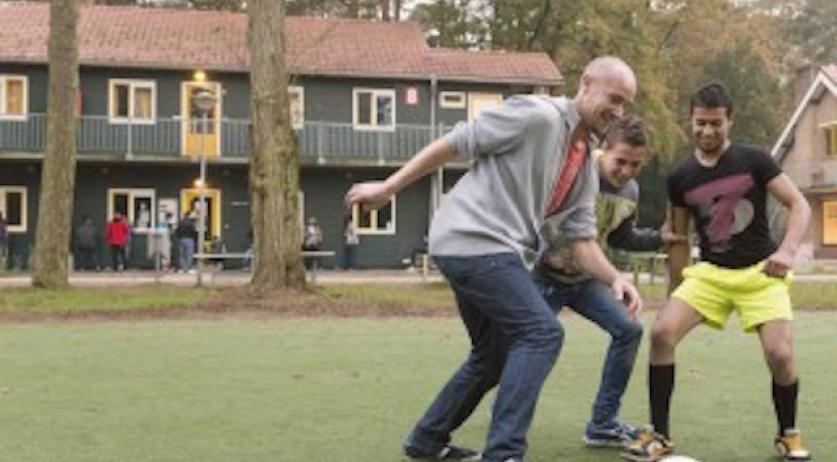 Dutch municipalities have little chance of success in arranging enough space to accommodate the ever increasing number of asylum seekers arriving in the Netherlands, according to Marcel Boogers, professor of innovation and regional government at the University of Twente. If the approach does not change, "people will soon be sleeping on the streets", he said in an interview with Dutch newspaper Trouw.  "The decision is now left with the municipal leaders. Meanwhile they are being pressured by the government. That is a recipe for disaster. Look at Geldermalsen, which wanted to arrange a large asylum center in a short time to help the government. Riots broke out, the plan disappeared from the table. Meanwhile the government washes its hands in innocence." he said to the newspaper. Boogers is calling for a national approach. "Let the national government decide where new asylum centers will be." he said. "It is a national problem. Then the decision should also be made there." The Twente professor acknowledges that it is very important to discuss the matter with local residents, but it is better to do so after the decision to open an asylum center was made. "It must be clear: it is coming, we're spreading the reception across the whole country, the burden is evenly distributed. Then it is up to the local government to start the conversation: how are we going to make sure that the arrival of the asylum center goes smoothly?" He believes the best way is for the national government to make the decision on where to place a center, and the local government to keep the order and make sure the population feels safe. A record number of 58 thousand asylum seekers arrived in the Netherlands so far this year. On Monday the central agency for the reception of asylum seekers announced that the targets for necessary space in centers are not being reached.