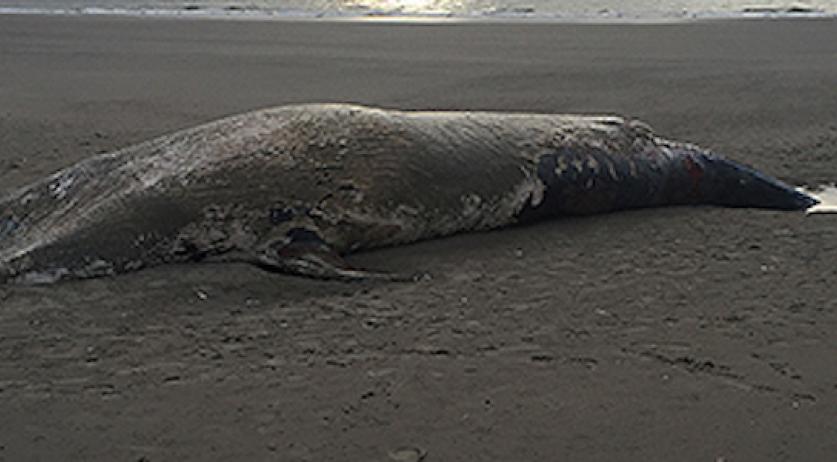 Employees of the nature museum Ecomare discovered a nine meter long dead minke whale on the Razende Bol - a sand bank between Texel and Den Helder, the museum announced on Sunday. According to Ecomare employee Sytske Dijksen and beach warden Hans Eelma, the whale is lkely a female and has been dead for some time. Researchers from the Utrecht University will now study the animal to try and determine cause of death and what it ate. This knowledge can help to better protect the species in the North Sea. The minke whale is the smallest baleen whale species that lives in the North Sea. They have a slender, streamlined body with a narrow, triangular head.