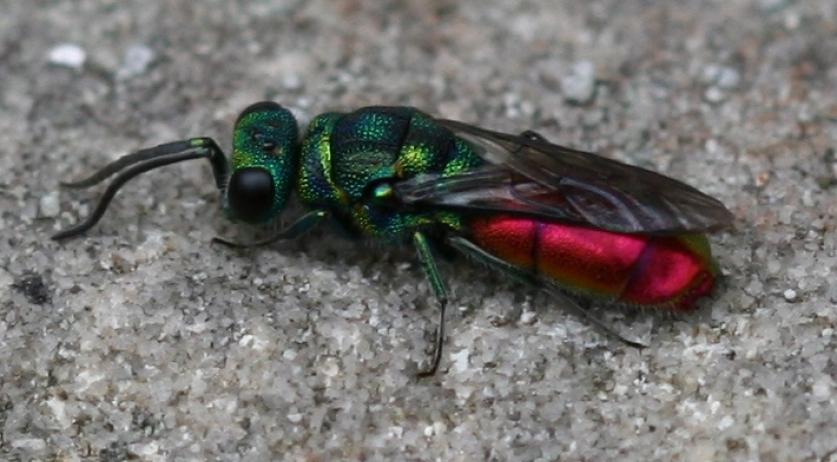 A new wasp species was discovered in the Weerterbos in Limburg in June this year, the EIS Kennisscentrum Insecten announced on Monday, NU reports. The new species is called Chrysis equestris, also known as a gold wasp. It is often metallic-green, red and blue in cover. This species belong to the so-called cuckoo wasps, because they parasitize on bees and other wasps. In total there are 57 types of gold wasps known in the Netherlands.