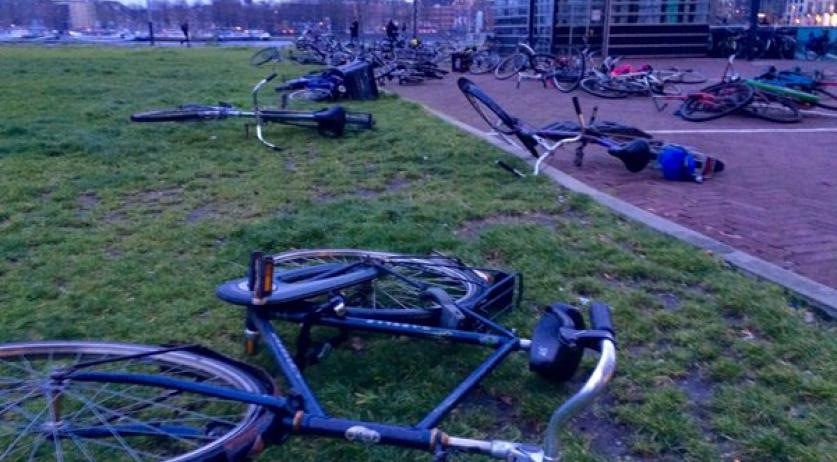 The autumn storm that raged over the Netherlands on Sunday, brought strong winds with it that reached speeds of between 100 and 120 kilometers per hour at its peak on Sunday night. The storm prompted the KNMI to issue a code orange warning for extreme weather conditions for Noord-Holland and the northern provinces. The storm caused all sorts of problems across the country, NU reports. The fire department responded to reports of flooding and storm damage in many places. The A20 at Rotterdam was closed down in both directions for some time due to water on the road caused by heavy rainfall. The water boards in Friesland and Groningen implemented dike monitoring as a precaution, though it turned out to be mostly unnecessary. Many bridges and sea locks were inoperable on Sunday due to the strong winds, including the locks at IJmuiden and Delfzijl. The ferries sailing between Vlissingen and Breskens and Zeeland were not operating in Zeeland and ferry services to and from some of the Wadden Islands also had to be cancelled. At Schiphol airport travelers had to deal with delays of between 15 minutes to an hour and four flights had to be cancelled, a spokesperson said to NU. Monday evening is expected to once again be stormy. The KNMI issued a code yellow warning for strong winds of up to 90 kilometers per hour for the northern and coastal provinces. The warning takes effect at 4:00 p.m. and will remain in effect until midnight. Motorists can expect heavy traffic during the evening rush hour, due to rain and a strong south-westerly wind.