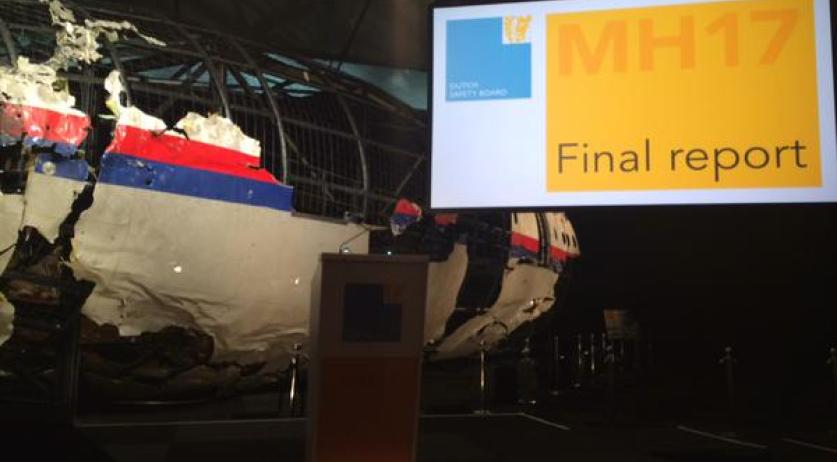 Safety Board on MH17: Airspace above Ukraine should have been closed

The disaster with Malaysian Airlines flight MH17 should never have happened. The airspace over the eastern part of Ukraine was should have been closed at the time of the crash. Dutch Safety Board chairman Tjibbe Joustra said this to the victims' survivors on Tuesday morning, NRC reports. On Tuesday morning some 600 survivors were the first to be informed about the Safety Board's findings in the investigation into the disaster that cost 298 lives on July 17th last year. The press and politicians will be informed later on Tuesday. "The risks were not adequately assessed", Joustra said, adding that Malaysian Airlines flying over the conflict zone was not an exceptional occurrence. "Virtually every flew over the area", he said. "Because everyone thought it was safe. Survivors also told the Volkskrant that all the passengers lost consciousness mere seconds after the plane was hit. The crew in the cockpit died instantly. The cockpit was torn off right after the plane was hit. This resulted in no oxygen and all passengers died almost instantly.