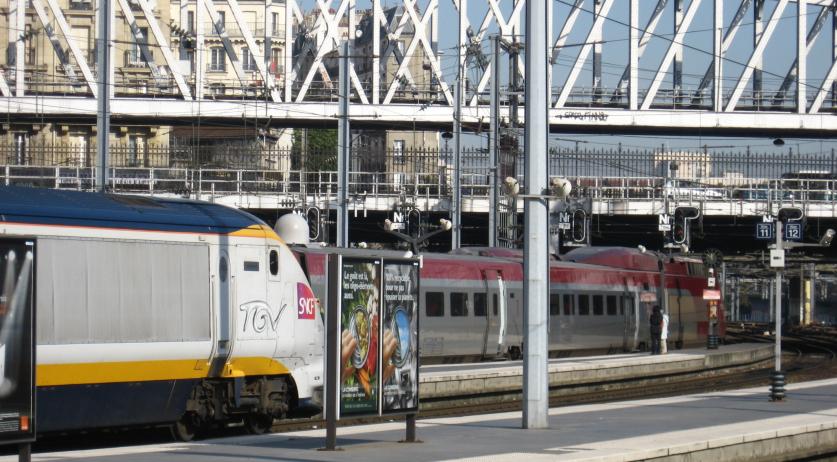 With reporting by Zack Newmark A strike planned rail strike in Belgium will impact international trains departing from or arriving in the Netherlands. The strike is scheduled to run from 10 p.m. on Thursday, October 8, until 10 p.m. on Friday, October 9. The strike was called to improve working conditions of rail employees. It will severely disrupt Belgian domestic services as no trains will be available to enter the region around Brussels. All international trains passing through Belgium will arrive in the Netherlands as scheduled on Thursday night, Dutch railway NS announced. However, the Thalys 9394 set for departure from Amsterdam at 8:17 p.m. was scrapped, and Intercity trains leaving Amsterdam for Brussels at 6:52 p.m., 7:52 p.m. and 8:52 p.m. will travel no further than Antwerp. Similarly, all Intercity trains bound for Brussels on Friday will instead have a final stop at Antwerp, with no chance of connecting on another train line to get to Brussels until Saturday. No Thalys trains will run on October 9 to or from the Netherlands. Two Paris-to-Brussels trains were also cancelled on Thursday, the 9389 and 9395. Those two trains will run on Friday, with the first having a 20-minute delay. Eurostar trains will be operational on October 8 and 9 with most trains running to and from Lille in northern France and skipping Brussels altogether. The company has made several cancellations and changes to their schedule, with passengers advised to look at their website and contact them if necessary. TGV also will run via Lille, and not Brussels, the NS stated. It is also recommended that passengers of that line visit their rail provider's website for updated information.