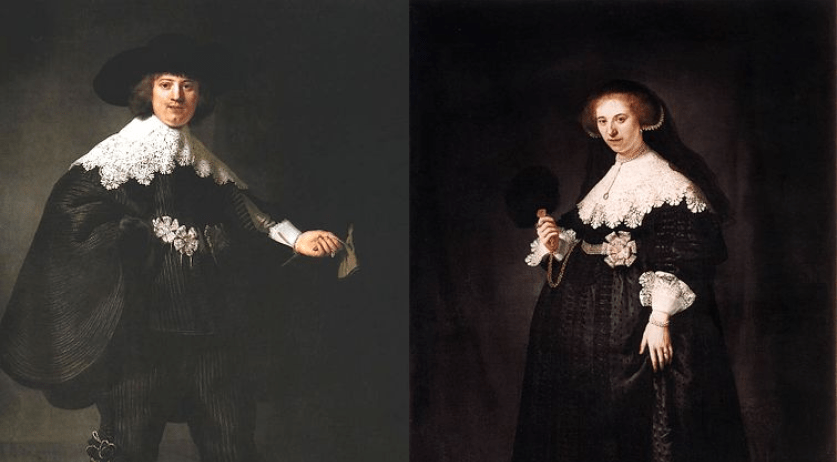 The Netherlands and France will jointly purchase two Rembrandt portraits for a combined total of 160 million euros, Dutch cultural minister Jet Bussemaker informed parliament on Wednesday. The two countries came to terms during a meeting between Prime Minister Mark Rutte and French President Francois Hollande at the UN summit in New York this week. The two paintings, dubbed the “Brother and Sister of the Night Watch,” will first be displayed at the Rijksmuseum in Amsterdam. They will then be hung at the Louvre in Paris for a time, following that the museums will take turns. They were painted in 1634, and feature 21-year-old Maerten Soolmans and 23-year-old Oopjen Coopit. France’s cultural minister, Fleur Pellerin, received intense pressure and criticism after granting an export license for the two works of art, which led to an announcement that the Netherlands would purchase both paintings together. Shortly after the announcement was made that the Rijksmuseum and Dutch government would make the 160 million euro purchase on its own, Pellerin surprised with an offer to purchase one of the paintings. In light of a new deal with France, it is not yet known how much of the Dutch portion of the purchase will be paid for with public funds. Members of Parliament voted in favor of providing 80 million euros in public funding for both paintings, but the Eerste Kamer, the upper house of parliament, has not voted on the issue. The Rothschild family in France purchased the paintings in 1877, and still claim ownership until a deal is finalized.