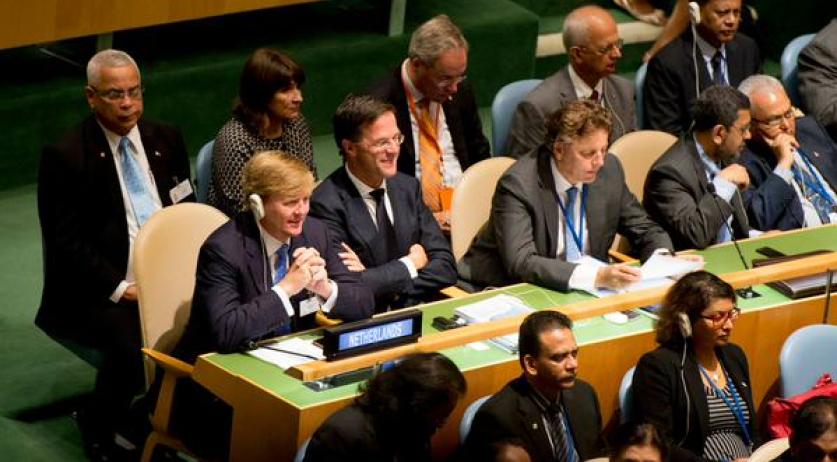 Netherlands to train UN peacekeeping leaders with US, Rwanda

The Netherlands has signed on to provide training to the civilian and military leaders of UN missions in Africa. Both Africans and Europeans will be selected for the program, meant to better protect African civilians in conflict zones. The Dutch will join Rwanda and the United States in implementing the program, the Netherlands released in a statement Monday night. It stems from a summit on UN peacekeeping missions organised Monday by U.S. President Barack Obama. Dutch Prime Minister Mark Rutte spoke at the event, on President Obama’s invitation. The two nations faced tense relations this month when the Netherlands refused to accept a transfer of terror suspects currently imprisoned on Guantanamo Bay. The tension was reportedly a stumbling block in the Netherlands attempt to secure a seat on the UN Security Council. The Dutch used the UN General Assembly to trumpet its efforts working with UN missions, particularly in Mali, as a key reason for having earned the Security Council seat. “The protection of civilians during wars or other conflicts is am important priority for the UN and the Kingdom of the Netherlands,” the country said. As part of the training effort, leadership will learn how to better protect UN forces as well. Improving relations between civilian employees, police and military in mission areas will be a key aspect of the program. In its statement, the Dutch government also lauded its efforts in Mali, a mission that concludes at the end of 2016, as well as its work with Rwanda on civil defense issues, intelligence gathering, and both cash and personnel contributions to 60 UN-mandated missions since 1947.