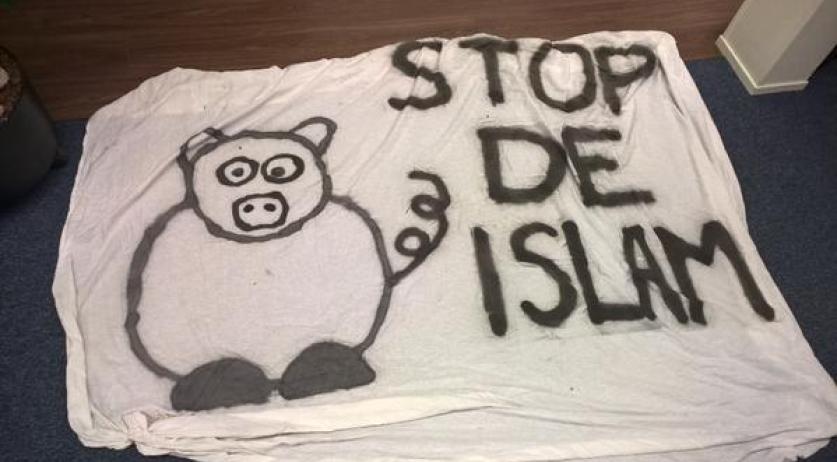 Campaigners over the weekend slandered the proposed intake of refugees with defamatory banners and slogans at railways stations in the cities of Montfoort, Limburg and Woerden, Utrecht. The incident saw banners with statements like, "No refugees" and "Fuck off to your own country" plastered over a railway station windows and walls. Woerden Mayor Victor Molkenboer finds these actions deplorable. Molkenboer told broadcaster RTV Utrecht that the actions will not deter the town from taking in refugees, and he is hoping that the perpetrators will come out of their anonymity so the situation may be addressed. Action group "Our Refugee Free Montfoort" raised their voices last weekend about concerns with asylum seekers by raising banners in four areas, including the garden centre along the main road and supermarket Emte. In a press statement released by the group they stated that opportunities to meet with interim Mayor of Ijsselstad, Theo van Eijk, have repeatedly been cancelled by his office. Two days ago, police removed a banner reportedly hung by the group that said, "Van Eijk, fuck off." The municipality of Woerden expected to receive around 500 asylum seekers but this figure has been revised downward by the Central Agency for the Reception of Asylum Seekers (COA) to between 150 – 300 refugees.