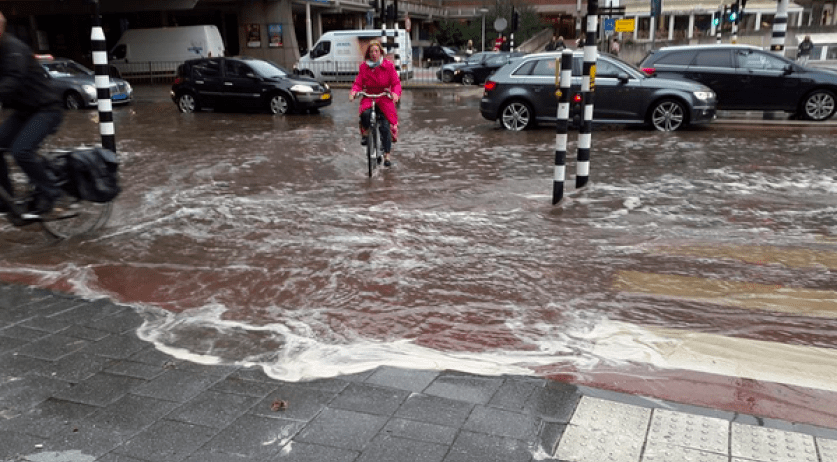 A total of 20 patients had to be evacuated from the VU Medical Center in Amsterdam-Zuid on Tuesday morning after a burst in the water main caused flooding in the area. The burst has since been plugged, but the massive amount of water is still causing many problems. A police spokesperson told the AD that the 20 patients had to be evacuated because one of the wards in the hospital is without power. They are being sheltered in another location. The lower floor of the hospital, which contains technical equipment and machinery, is flooded. Several elevators are also out of service. The hospital reported on twitter that the emergency room and outpatient clinic had to be closed due to the flood. A spokesperson for the hospital also told the newspaper that they are currently not performing any operations. "Patients are not at risk", according to the spokesperson.

@lizzydiercks was this seriously happening this morning? This is unbelievable