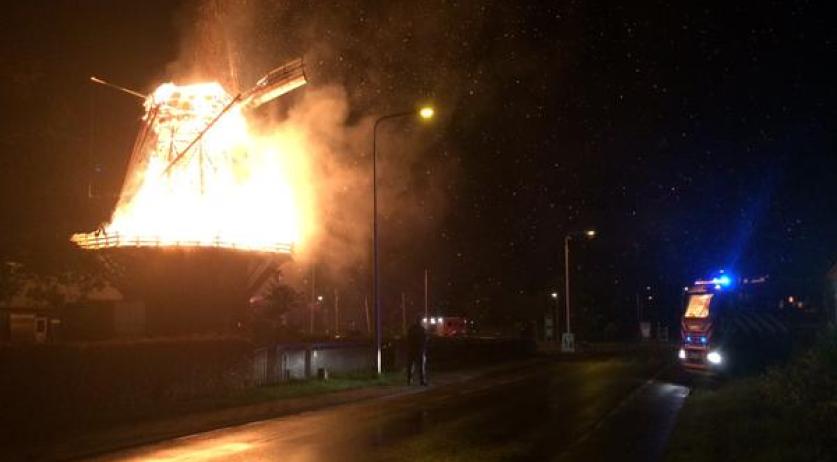 A historic windmill in Terwolde, Gelderland has burned down completely after a lightning strike. According to the fire department, De Ooievaar mill on Wijkseweg is a complete loss. While the fire fighters could not save the mill, they did manage to prevent the fire from spreading to other buildings. A spokesperson for the fire department told NU that the fire is now under control. "The fire can not spread anymore", the spokesperson said. This is not the first time that the Terwolde mills are damaged by fire. The mill also burned down in 1973 and 1845, Omroep Gelderland reports. Local residents told the broadcaster that this fire is a tragedy and that the loss of the mill touches them deeply. Local bakers got flour from the mill.