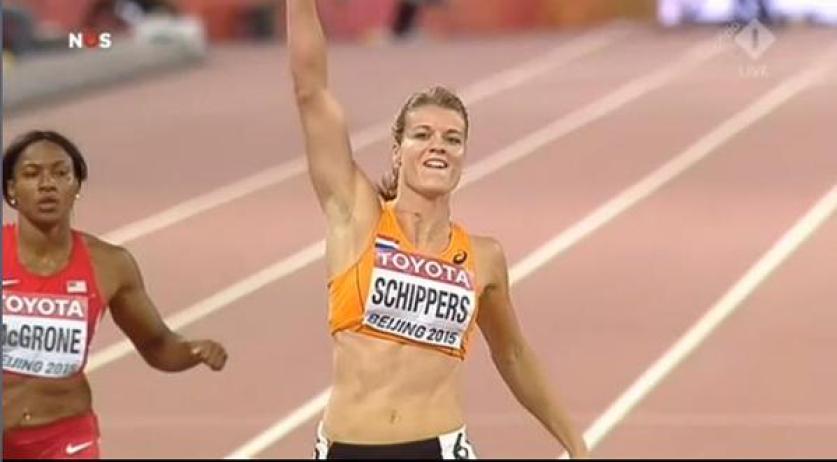 Athlete Dafne Schippers won the gold medal in the 200 meter dash at the athletics World Championships in Peking on Friday - the first Dutch woman ever to do so. The 23 year old Utrecht woman ran the 200 meters in 21.63 seconds, breaking not only the Dutch record, but also the European record, NU reports. Schippers also took silver in the 100 meters on monday. So far the Netherlands has won three medals at the world championships, which is on until Sunday. Sifan Hassan won the bronze in the 1,500 meters on Tuesday. Schippers' gold medal is the first world title for the Netherlands in an athletics World Championship since 2005, when Rens Blom won gold for the pole vault in Helsinki.