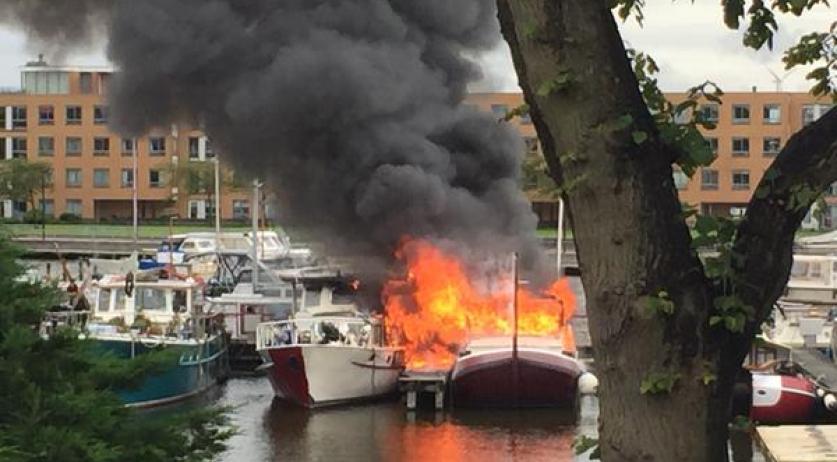 Two pleasure yachts in a marina in Zaandam caught fire after an explosion on one of the vessels. Three people were injured. The explosion happened around 1:00 p.m. on Tuesday, presumably during work on the boat. A fire broke out which quickly spread to the adjacent vessel, a spokesperson for the fire department told NOS. A spokesperson for the regional safety office confirmed to the Telegraaf that three people were injured and one of them had to be treated in a hospital. The fire department towed one of the burning boats out of the marina and to a bicycle bridge in order to reach the fire more easily. The fire on the other ship was smaller. The fire department has extinguished both fire. The fires caused a lot of smoke and a high plume of smoke could be seen for miles around.