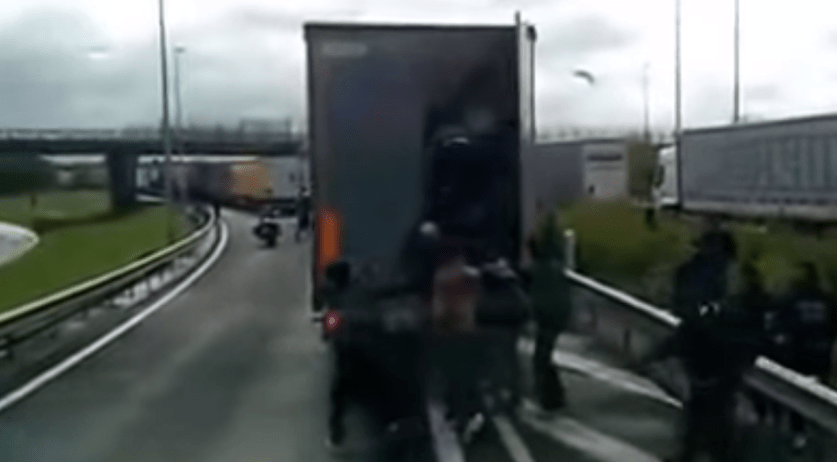 A truck driver discovered 12 undocumented migrants hiding in his truck on Saturday.  The truck was coming from France. According to the police, the driver heard noises, but still decided to continue home to Duiven. When he got there and opened his truck, he found the migrants. The stowaways immediately ran off towards the A12 highway. The police went looking for them. Twelve men were arrested and transferred tot he police station by bus. The stowaways are from Syria, Iraq and Iran, according to the police. They told the police that they were trying to get to England. They have been released with the option to either apply for asylum or leave the Netherlands. The truck driver, a 54 year old man, was also arrested and released after questioning.