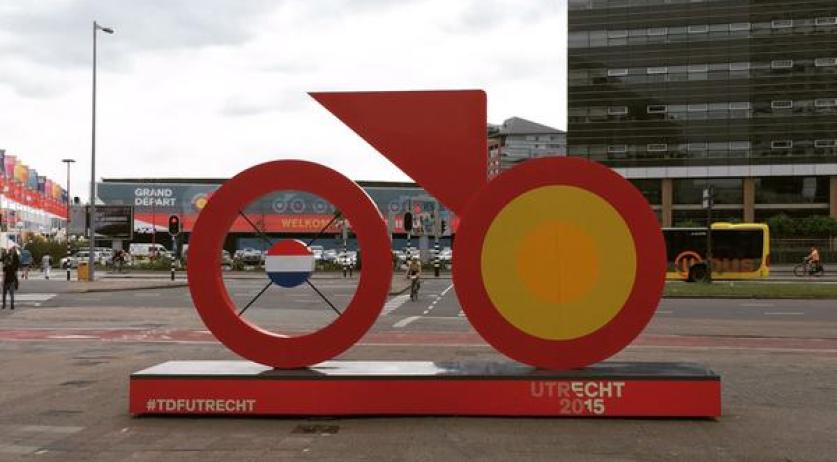 The police have called off the action planned during the start of the Tour de France in Utrecht on Saturday, the unions announced on Tuesday. The unions planned to delay the start of the race by cycling on the bike trail on Saturday afternoon. They have now changed their minds after consultation with the municipality of Utrecht, NU reports. So far the action planned during the Tour de France stage in Rotterdam on Sunday will still happen, despite requests from Minister Ard van der Steur of Security and Justice and Rotterdam Mayor Ahmed Aboutaleb to cancel it. Police officers plan to delay the stage in Rotterdam by pulling over the media caravan that rides ahead of the cyclists and performing a traffic check on it. This action forms part of the 15 week long protests by police unions for a better collective bargaining agreement for the police. The unions previously announced that the actions will become more severe this summer if responsible minister Van der Steur does not make a better offer.