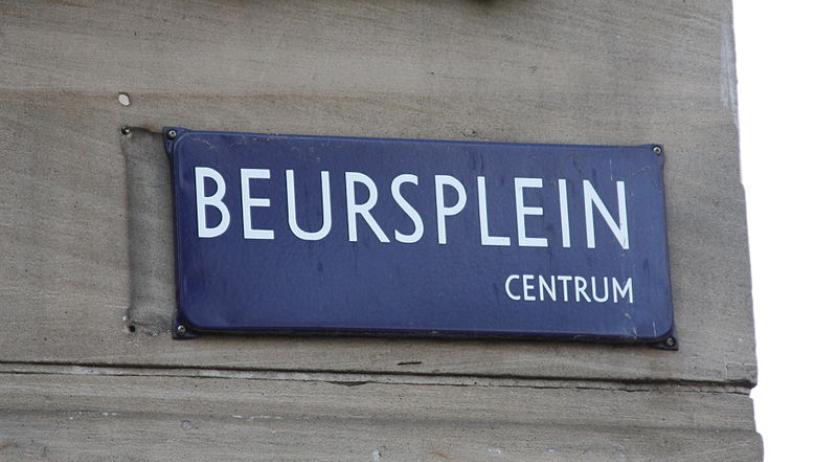 The Amsterdam stock exchange opened the AEX significantly lower on Monday morning due to the escalation of the Greek financial crisis.  Not a single fund in Amsterdam showed a profit. The index of the 25 most important funds lost 4.1 percent, NOS reports. It somewhat recovered during the course of the morning to a 2.7 percent loss at 10:30 a.m. With minus 5.1 percent ING was the strongest descender, followed by Aegon with minus 4.8 percent. TNT Express performed the best with minus 0.5 percent. At 10:30 a.m. the euro was trading at 1.11 dollar, compared to 1.1170 dollars at the close of the European stock markets on Friday. Banks and insurers were also hit hardest in other European countries. Commerzbank and Deutsche Bank in Frankfurt declined up to 6.4 percent, Credit Agricole and Societe Generale in Paris lost up to 6.3 percent and Barclays in London minus 2.7 percent. According to NOS, a number of investors last week speculated on a last-minute agreement on the Greek finances. But instead the talks were broken off without an agreement being made. "At present investors want to withdraw from shares en masse and are looking for safe havens like gold and bonds from economic powers like Germany", a trader told news agency ANP.