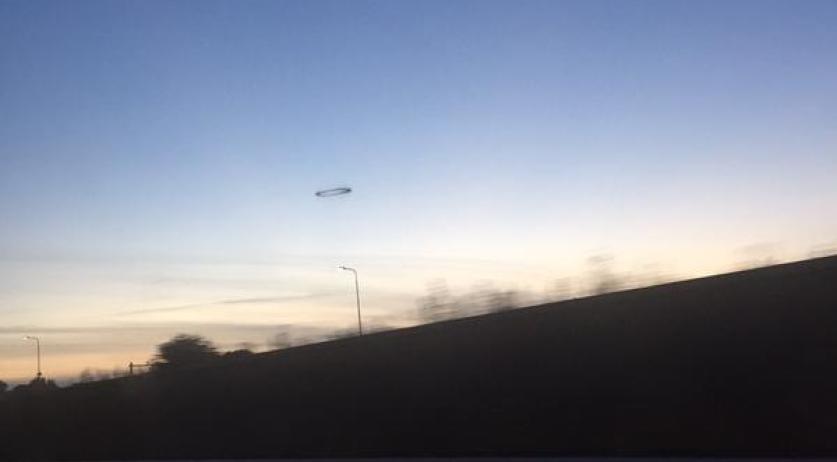 Mysterious black circle in the sky not a UFO, says opera house

A mysterious black circle could be seen in the sky above Utrecht on Tuesday night. Speculation on what it could be ran wild on Twitter, with theories of a strange weather phenomenon, starlings flying in a pattern and even aliens being thrown about. The reality turned out to be much more mundane. The mysterious circle is a special effect by Opera Holland for its piece "The Day After", RTV Utrecht reports "The opera is about the destruction of the earth and an explosion belongs with it", a spokesperson said to the broadcaster. "The Day After" will be on show at fort Rijnauwen between June 18th and July 11th.