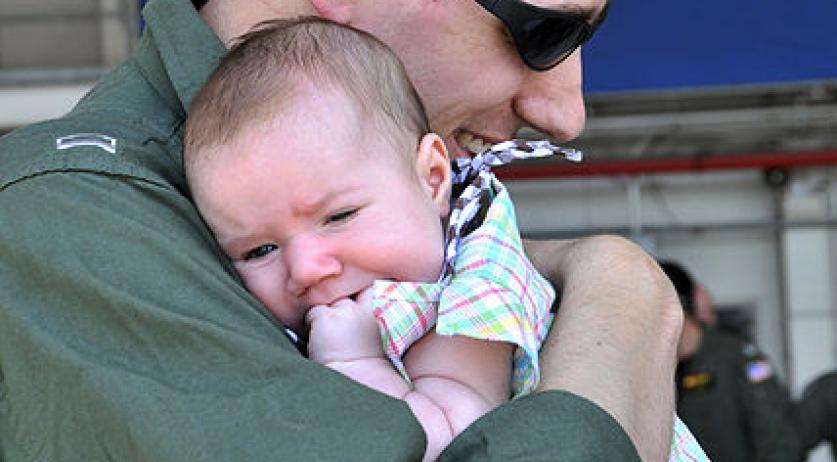 Men should get 10 days paid paternity leave after the birth of their child, instead of the current 2 days. This is one of the proposals in a report by Rugters, the knowledge center for sexual health, which was handed to Minister Lodewijk Asscher of Social Affairs on Wednesday morning. According to Rugters director Dianda Veldman, the Netherlands' lack of a paternity leave policy befitting a modern and emancipated land, is a big problem, NOS reports. Veldman even called the Netherlands the "ugly duckling" in this area on an international level. The only European countries in which fathers are worse off than in the Netherlands are Ireland, Serbia and Albania. In the report, Rugters points out that fathers are extremely important for the development of a child, especially in the first 1,000 days of the child's life. Children who have a more involved father do better at school, are healthier and are less likely to get a criminal record. Veldman is advocating for a 1000-100-10 system, which means that in addition to the 10 days paid paternity leave after the birth of a child, fathers should also be able to take 100 days of paid leave during the first 1,000 days of a child's life. "This 1000-100-10 system is a good start for employers, government and society to start taking fatherhood seriously", Veldman said.