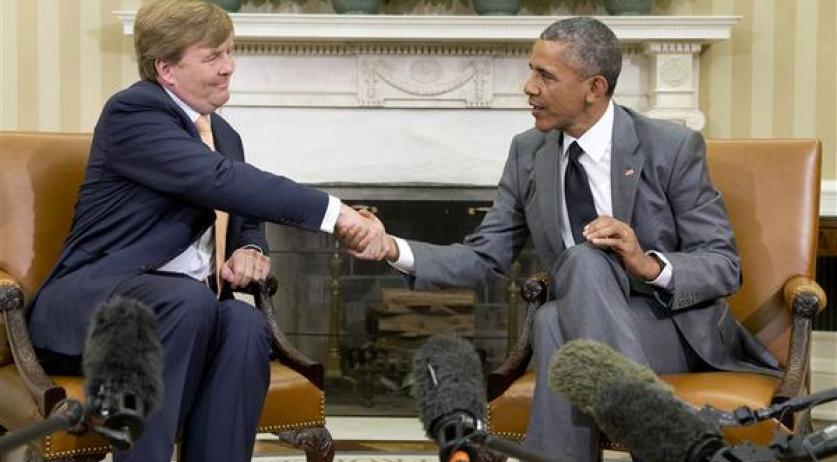 King Willem-Alexander and Queen Maxima met with American President Barack Obama at the White House in Washington on Monday during their first visit to the Unites States after King-Willem Alexander took the throne two years ago. After their meeting, Obama called the Netherlands "some of our oldest and more precious allies". In his speech after the meeting, President Obama said that they spoke about the two countries' cooperation in issues such as the continuing challenges in Ukraine, the fight against ISIS in Iraq and global health concerns such as Ebola. Obama also promised America's continued support in finding those responsible for the downing of flight MH17. "To make sure that no  only is the truth brought forward, but there's accountability for what took place." Before meeting with Obama, the Dutch royals had a wreath laying ceremony at the Tomb of the Unknowns and visited World War II veterans to thank them for their help in liberating the Netherlands. "So many of our World War II veterans during the 70-year anniversary are at the twilight of their lives, and for them to hear directly from such important people how much of a difference they made and to get that recognition is truly significant.  So I’m grateful, Your Majesty, for that, and even more grateful for the continuing friendship that the Dutch people have shown the United States of America." Obama said in his speech.