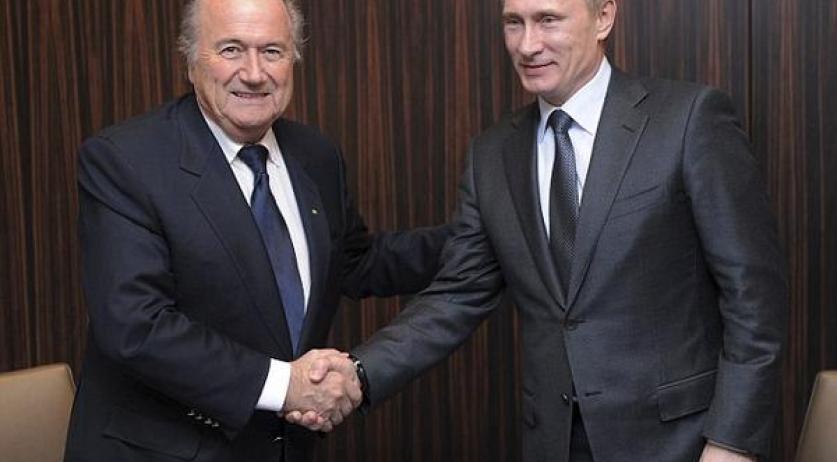 Dutch football association KNVB announced Tuesday it is pleased that FIFA leader Sepp Blatter is resigning. The association said Blatter’s sudden decision to step down is “striking,” but the “KNVB does not want to speculate now” of the longtime football chairman’s motives. “Given the campaign run by Michael van Praag and the KNVB, it should be clear that the KNVB welcomes the resignation of Sepp Blatter as president of FIFA,” the KNVB stated. “Since his election, a new FIFA was still nowhere in sight.” FIFA announced late Tuesday afternoon that Blatter would leave his office. He was reelected to the post just four days ago. KNVB chairman Michael van Praag was in the running to replace Blatter, but dropped out of the election and threw support behind Prince Ali bin Hussein of Jordan. Van Praag will meet with the other European football leaders in Berlin this weekend in the run-up to the Champions League final. Meanwhile, KNVB Director Bert van Oostveen will stay in the Netherlands. The Dutch National Team hosts the United States in a friendly at the Amsterdam ArenA on Friday. A meeting between Van Oostveen and the U.S. Soccer Federation leadership was not announced. A bribery case filed by U.S. authorities days before Blatter’s reelection led to multiple arrests. It partially focused around an alleged ten million dollar bribe orchestrated by CONCACAF leader Jack Warner to secure South Africa as a host nation for the 2010 World Cup. The investigation is getting closer to Jérôme Valcke, Blatter’s closest ally, who may have known of the payoff.