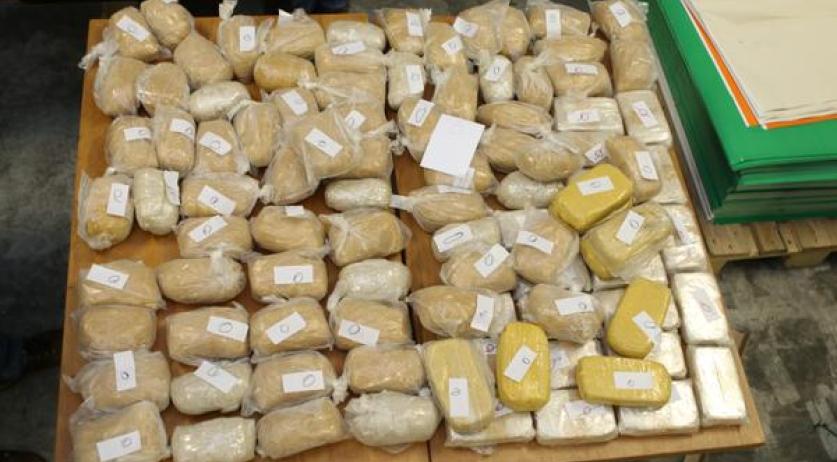 Over 380 kgs of heroin found in Amstelveen

Police arrested five men suspected of smuggling a 381-kilogram heroin shipment into the Netherlands, authorities said on Thursday. The men were apprehended when they were inspecting the heroin packages in a shed in Amstelveen, just south of Amsterdam, newspaper AD reported. After tracking the consignment of heroin en route from Turkey to the Netherlands, police made the discovery of the unusually big amount of heroin. The drugs shipment was hidden in pallets of paper sheets. One of the suspects had also recently flown from Turkey to the Netherlands and was residing at a hotel in Amsterdam.