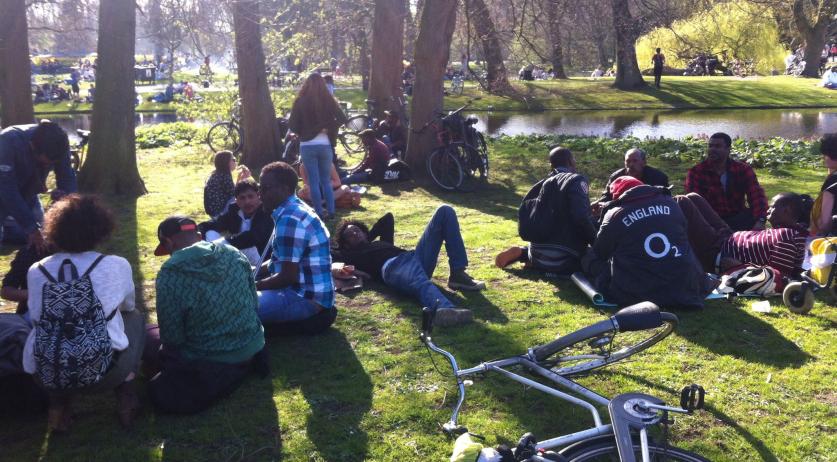 The Cabinet has to work harder on improving human rights in the Netherlands, especially in the areas of failed asylum seekers, disabled people and women in the Caribbean, a new report from the Netherlands Institute for Human Rights assessed. The institute's third annual Human Rights in Netherlands report was released on Tuesday. According to the report, the government regularly curtails human rights and delays necessary actions to improve human rights, without showing the considerations for the decision. The report refers to the recent compromise on the bed, bath and bread issue. The government was happy with the agreement, but the problems with the shelter for these failed asylum seekers and undocumented immigrants have not been solved. According to the Institute, people have, in principle, always been entitled to bed, bath and bread without conditions. The Institute wants the Cabinet to put extra effort into addressing the problems in the Caribbean. According to the College, a large part of the population there is struggling to make ends meet, as the cost of living is so high. The Institute takes the Cabinet to task for postponing the implementation of the Istanbul Convention for the Caribbean Netherlands. This treaty is intended to eliminate all forms of domestic violence and violence against women. People with disabilities are still not able to participate in all areas of social life, the report says. The UN Convention on Persons with Disabilities should change that. The Netherlands was supposed to approve this treaty in this year, but the Council of Ministers sent the implementation plan back to the drawing board, making implementation in 2015 uncertain. "Meanwhile people with disabilities are still not able to live independently, travel and enter public buildings." the Institute writes. They recommend that the Cabinet work with interest groups and take action to make implementation of the treaty possible this year. "Human rights are the minimum standards that a country must meet so that everyone can lead a dignified life in the territory. In the Netherlands a lot has already been arranged. But it can and must be improved. Human rights apply to every human being, even if it is difficult to stand up for yourself." saidNetherlands Institute for Human Rights chairman Laurien Koster.