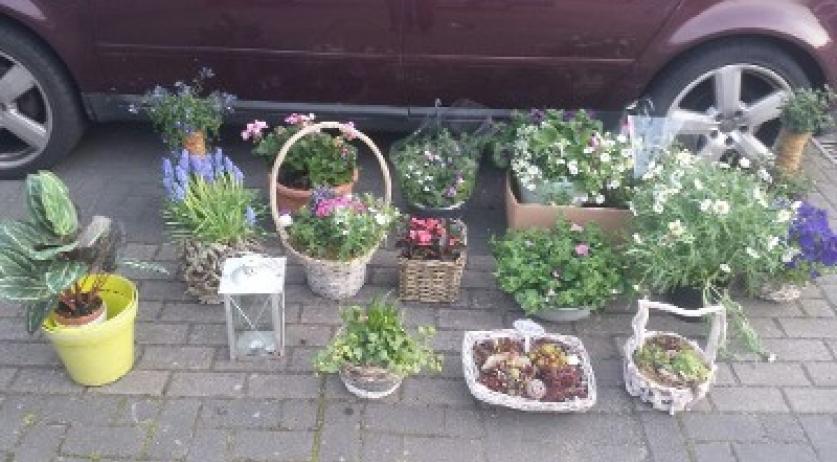 Two men were arrested on Sunday for stealing flowers and desecrating a cemetery on Raalterweg in Diepenveen. A witness noticed the men leaving the cemetery with arms full of flowers. The witness took down the licence plate of the car the men left in and called the police. Police officers immediately started a search and found the car on Havezatelaan. Two men, that met the witness' description, fled into a house. The suspects, two men from Deventer aged 50 and 51 years, were arrested. The police found several bouquets in the car. The flower arrangements and a lantern, shown in the picture above, were taken to the police station on Storminckstraat in Deventer. Anyone who recognizes any of these objects, can go to the police station to claim them.